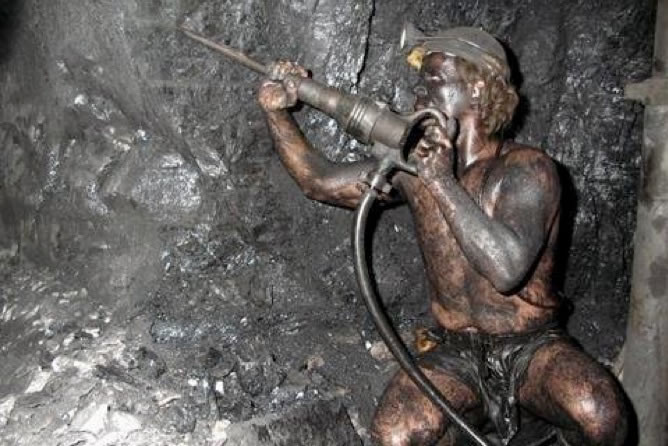 In February 2015, the Polish government announced (1) that it was working on a project of recovery for Silesia and Małopolska following the aftermath of the ongoing restructuring of the mining industry. On April 22nd, 2015, such program is to be presented to representatives of the European Commission during the European Economic Congress in Katowice.

The money for “research into better use of raw materials, the reconstruction of the devastated areas or industrial parks,” should come primarily from the EU and it is projected at 13 billion PLN (around 3 billion euro). Hence, the Polish government “counts” on the so-called Junker’s Plan, which “is to possess” more than 300 billion euro “for investment and job creation.”

Therefore a question arises as to what is the notorious Junker’s plan in which the Polish government places its high hopes? (2) The shortest answer would be: funds that all members of the EU could compete for under a full discretionary authority of the Brussels’ bureaucracy. The European Commission plans to endow this program with just 21 billion euro; 5 billion should come from the European Investment Bank (EIB) and 16 billion would be guaranteed by the EU budget, and in reality (3) it would be half of that amount. Thus 8 billion euro would be transferred from the other program called “Joining Europe” as a hedge against future claims arising from guarantees. These funds, collected in the European Strategic Investment Fund, would constitute so-called financial leverage with multiplier effect 1:15 (i.e. in layman terms, every euro should generate investment worth of 15 euro). It is the adoption of that particular Keynesian economic factor that projects over 300 billion in capital expenditure over the next three years. (4)

As demonstrated above, the solution that the Polish government seeks for the strategic Region of Silesia and its very nexus - Polish coalmine industry (and, as we learned recently, also Malopolska!) is to petition the EU, once again, for emergency funds. Meanwhile, the Junker’s Plan is based, at least at the moment, mostly on creative accounting and wishful thinking.

Hence, let’s ponder some basic facts. Presently, the Polish coal supplies 90% of the country’s demand for electricity.(5) In rough numbers(6), its overall production reached in 2014 77 million tons (decrease by 5% since 2012, and 60% since 1993) with an average price of 293 PLN per ton of raw material (decrease by 14%). This data permits to calculate sector’s revenue as high as 22.6 billion PLN (roughly 5.7 billion euro). Above all, and even in denial of high degree of interdependency with other sectors of economy, this industrial sector guarantees the Region’s prosperity and Poland’s energy security.

To tackle the mining crisis, the coalition government proposes an elusive “promise to acquire” once 3 billion euro to irreversibly shutdown those abundant sources of national revenues, which even under the weight of current negative factors, can still generate twice as much money per year! Furthermore, such approach to the problem endangers Poland’s energy and ultimately national security to satisfy “research into better use of raw materials and reconstruction of devastated areas.”

In this case, contrary to undisputable interests of national importance or even common sense, the Polish government abandoned apparent and realistic solutions within its own authority such as reversal of tax burdens to sustainable levels; special grants and tax credits for investments and environmental protection systems, including clean coal technologies; abolishment of unfair trade practices (e.g. Russian dumping prices); fight with political corruption and criminal mafia plaguing the sector, and probably most importantly, renegotiation of most damaging provisions of the “climate deal” undermining the long-term growth prospects of the sector.

Strategic national interests of the country should not fall victim to random and myopic political interests and must not be ruthlessly pursued in atmosphere of political scandal. Rather, it is a monumental endeavor that ought to be probed and discussed in open debate and build upon vast public consensus.
Today’s critical plight of Polish coal mining industry and the entire Silesia Region is the reason why we must closely watch actions of leaders of all political walks and call their blunders on the spot.