Impunity of former President of Poland 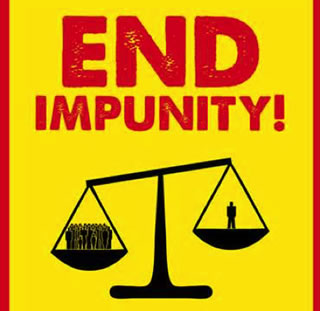 His name was Romuald Szeremietiew. He was a Deputy Defense Minister and close friend of former President of Poland Bronisław Komorowski. That was until he expressed an opinion regarding the purchase of arms and modernization of armed forces that was different then Komorowski’s. In other words, Komorowski preferred suppliers Szeremietiew did not approve of. Not long after that, Szeremietiew was accused of corruption, and his life became a living hell.

The attack was preceded by a publication by a once well-known reporter, Anna Marszałek, who, curiously, often published her “revelations” shortly before major attacks of post-communist special services on some unfortunate individuals. Could it have been a coincidence?

As Deputy Minister of Defense later insisted in the media, the slandering publication was the result of Moscow affiliated Military Information Services (WSI) that allegedly supplied information. Shortly after Szeremietiew was slandered, Komorowski demanded his resignation. Komorowski even stated that, if it ever turned out that Szeremietiew was innocent, he would fully withdraw from politics. In the meantime, it turned out that it was no one else but Komorowski himself, who ordered intelligence operation to invigilate Szeremietiew.

In the end, after eight years of court trials, Szeremietiew was acquitted of all charges and Komorowski remained in politics. When asked to comment on the court decision, he said cynically: “I have nothing to apologize for because I have always hoped that my friend would be cleared of charges.”

By-standers might have thought that all ended well after the truth came out. However, talking to Szeremietiew’s friends, who knew him better and longer than I did, it was not so straightforward. This righteous and sensitive man was accused groundlessly, marginalized and made an outcast at the pick of his professional life. After what he has been through, he lost his energy and has never been able to return to his best.

I remembered how, when he testified in my trial, he broke down, repeating: “Szeremietiew doesn’t exist anymore,” clearly traumatized by the treatment he received from intelligence services of “democratic” Poland and his “friend,” Bronisław Komorowski.

This is what I was thinking about, when talking to Romuald Szeremietiew, looking at this nice man and his partially hurt and partially angry face expression. It occurred to me that a human being does not need to be killed in order to be deprived of life. This was the actual trick – to kill the man, leaving him alive, but completely harmless.

Actual killing has always been a last resort, as in cases of Marian Cypel, the Polish agent in Vienna, or Leszek Tobiasz, the WSI colonel, who was Bronisław Komorowski’s most eager ally, only to suddenly become his biggest threat.

From the very beginning of the main affair with Komorowski from the time when he served as Marshal of the Sejm, known as “the Marshals’ affair,” Komorowski and Tobiasz tried to penetrate the Verification Commission for WSI. They selected Marian Cypel, the former intelligence agent in Vienna, and used a link between dignitaries of the Polish People’s Republic and the Spanish dictator General Franco. Cypel has also been friends with several bishops, i.e. Leszek Sławoj Głódź and Antoni Pacyfik Dydycz. The mentioned bishops on the other hand had a good, trusting relation with Antoni Macierewicz, the chief of WSI Verification Commission. However, Tobiasz and Komorowski were faced with Cypel’s unexpected resistance. So, Tobiasz used his usual weapon – blackmail and tricks – to demand that

Cypel linked him to the bishops, who then could introduce him to Macierewicz as a helpful and trustworthy person. Yet, despite several visits that Tobiasz paid Cypel, his blackmails and threats, the Polish agent refused to take part in a game he had nothing to do with, and did not understand.

Tobiasz was not to be put off – he decided to look for another individual who could help him reach the WSI Verification Commission, the entity which he was determined to discredit and destroy. Finding such an individual was a key point of his plan. He had to find someone, who would fall for his trap, i.e. financial remuneration in exchange for being introduced to Antoni Macierewicz’s Commission. Tobiasz spread his cobweb wide and all he had to do was to wait for someone to fall into it. Tobiasz didn’t need to wait long. Soon after, a good acquaintance of his and a friend of Komorowski, Colonel Aleksander Lichocki, appeared on the scene. Lichocki was in serious financial trouble, thus, he saw an opportunity to earn some easy money for a favor, but he lacked connections. So, Lichocki decided to involve me in his little plan, without even my knowledge or consent, probably thinking I was naïve enough to fit – I understand his motives – and being a reporter in contact with members of the WSI Verification Commission, and having informers among the WSI officers, I met all of his criteria. It was supposed to be easy.

During the governmental changes, Tobiasz the villain wanted by police had quickly morphed into a model citizen, who only now “informed” Marshal Bronisław Komorowski about the alleged corruption within the WSI Verification Commission. In reality, both Colonels Tobiasz and Lichocki systematically were plotting together to discredit the WSI Verification Commission and to obtain the most guarded document in Poland – the secret annex to the WSI Report with names of Moscow agents operating in Poland. Komorowski was petrified of his past, and he knew that the Annex would contain information detrimental to him. Thus, obtaining the Annex was in his interest not only because he was a declared adversary of the WSI Verification Commission, which was formed by his political opponents, but mainly because he was concerned about himself. As a result, when the “Marshal scandal” broke out, Komorowski did admit to the prosecution that “he showed interest” in Tobiasz and Lichocki’s plan. “Showing an interest” in stealing a state secret is a crime.

Additionally, this is not the only crime the Marshal committed in this case. At first, he admitted to merely three weeks of secret meetings with the Colonels, claiming he was sure of this, as he noted the meetings in his calendar. When caught lying, he changed his version and finally admitted that the meetings took place within a space of two months. The prosecution allowed for his changed version to be just “addition to the statement made,” but had it been anybody else, charges would be made. However, the most prominent fact in this case was that the Marshal of the Sejm conspired with intelligence officers to steal a document of highest confidentiality.

It would seem that such behavior would end his political career, but it soon turned out even worse: Bronisław Komorowski went to meet two intelligence officers fully aware that one of them was suspected of having connections with Russian intelligence. Despite those suspicions, Komorowski still “showed interest” in the two officers’ plan to break the law and obtain the Annex to the WSI Report. It is hard to imagine what more a politician could do in order to erase his political existence.

Meanwhile, life went on as if nothing had happened. (In the aftermath of the Smolensk crash) Bronisław Komorowski became the President of “liberated Poland.” The entire criminal scheme he and Tobiasz participated in could have been easily proved, because they left a trail of evidence behind them, not to mention many mistakes, mostly by Tobiasz. He changed his statements so many times that he got lost himself. The more questions he anwered, the deeper he was sinking, simply because to lie convincingly a liar needs an excellent memory and should talk as little as possible. Tobiasz talked far too much and far too willingly to remember information he shared. People who followed the court trial found his lack of credibility very quickly. Therefore, my plan for Tobiasz was to ask him hundreds of questions and confront him about this.

As I thought, it was enough to reveal the truth. In particular, I expected the confrontation with Komorowski to be extremely interesting and helpful in shedding light on the matter. Testimonies of Tobiasz and Komorowski, under oath, were inconsistent with each other. In situations when two witnesses completely contradict each other, and even rule out each other's version of events, there is only one conclusion: either one of them, or both, must be lying. If the Marshall was lying, he should face prosecution charges, like any other citizen would in such circumstances. If the Colonel was lying, his status should change from a witness to a defendant, and I should have no trouble, because the entire indictment was based on his testimony. In such circumstances, the entire "Marshal scandal" would end with total disrepute to prosecution, the Internal Security Agency, and all those, who were part of the scandal, Komorowski in particular.

Whichever way, Tobiasz's interview seemed as intriguing to me, as it seemed alarming for both the Marshall and Colonel. Perhaps this was why the Colonel struggled to get to court, and in the end he never showed up because he died. His death was a clever move on the part of those, who tried to keep safe the highest figures within the Polish government. It was obvious that no court in Poland would ever attempt to investigate Tobiasz's death, as there was no obvious evidence that someone assisted him in his death. However, there were too many clues, which happened only days before the date he was scheduled to testify, in favor of his death being premeditated, as his testimony would surely end in disaster for the instigators of this terrible intrigue.

The apparent "memory loss" by another important witness, who presented the court with doctor's note, confirming his amnesia, was also no coincidence, and neither was Marian Cypel's death, considering the fact he could have told the court what he knew about the scandal, how Tobiasz attempted to blackmail him, and how Tobiasz tried to involve two well-known bishops in the case. Cypel could have testified about all of this, but now he can't and he never will, having died suddenly, several weeks before Tobiasz...