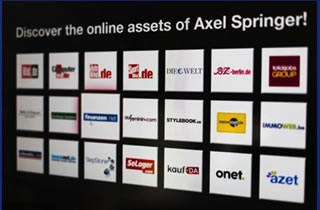 German Axel Springer publishing house demonstrated its attitude towards freedom of speech by firing a popular reporter of daily Die Welt who was dismissed after he dared to question the policy of accepting an unlimited number of refugees. At the same time, the Polish "Fakt," owned by the same publisher, promoted the policy of accepting refugees without any restrictions, against the Polish interest but in accordance with the German interest.

Did "Fakt" follow orders from Berlin? Were there instructions just like the ones recently disclosed that told the Polish journalists what Axel Springer’s Chairman, Mark Dekan, want them to think and write about the Polish government, and that the Polish Government should comply with German policies in the European Union?

Matthias Matussek, 63, is an experienced journalist and commentator, an author of more than 20 books. He was employed by the largest German newspapers, such as Berliner Zeitung and Sterna. He became a correspondent of the prestigious Der Spiegel for the U.S., Brazil and the U.K. He was sacked from his latest post at Die Welt, owned by Axel Springer, because of a single comment on refugees he published on Facebook.

It happened in November 2015, when Angela Merkel’s government and Merkel’s friend, the Chairman of Axel Springer publishing house, Mathias Döpfner, actively supported the influx of refugees into Europe. Matussek posted his comment on Facebook in response to the Paris terrorist attacks from November 13, 2015, during which Islamic terrorists killed 130 people, and injured almost three times as many. The Axel Springer’s reporter wrote: “I presume that the terroristic attack in Paris will shed a new light on our domestic debate about open borders and a quarter of a million unregistered young Islamists in our country.”

His work colleagues, who followed strictly the management orders when it came to views, reacted immediately. “Disgusting,” commented Kai Diekmann, the editor of Bild at the time. The unruly journalist was dismissed with immediate effect.

In the meantime, Robert Feluś, the Editor-in-Chief of the Polish "Fakt," commented on the refugee crisis: “Welcome balloons and mineral water is not enough,” “Let’s not disown them,” “I am disgusted by such comments as: it is all the refugees’ fault, or: we let them in, and they will murder us.” When promoting the policy of accepting unlimited numbers of refugees, his newspaper, "Fakt," followed orders from its Berlin-based supervisor, Peter Prior.

The "Fakt" continues to follow the German instructions. As admitted by the spokesperson of Ringier Axel Springer, Mark Dekan, its Chairman, provides a weekly updates of his instructions to reporters he employs, via email. The latest ones, which caused a scandal when it was revealed in Poland, called for Poland to submit to German policies in the European Union. One may wonder what were the other instructions, those never revealed before?