Enlightened hate Reactionaries and are working on another revolution 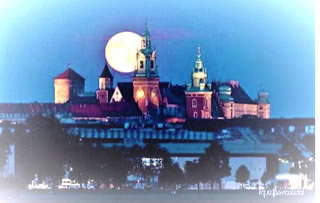 A novelist X creates a doll representing PiS Member of Parliament. She sticks a needle in the doll – believing that this will cause pain to the person? A novelist Y states that the ruling party reduced the brains of the Polish people, though not much brain remains in those Slavic skulls… Writer Z moves from words to actions and tries to beat up this "PIS rabble," of course portraying herself as a victim. This is just the last segment of the alphabet of intellectual quasi celebrities, who feed themselves – and their popularity – on a hatred towards others, "foreigners."

Not only writers, directors or actresses are on this list but also editors, retired bishops, professors of ethics from KUL or UJ. This is a large herd composed of people, who consider themselves the elite.... obligated to hate. This hatred towards the "Polish boor" is their mission. The hatred is proper and progressive. Their hatred is right and just as opposed to the unjust. One historian, member-correspondent of the Polish Academy of Science succinctly put it this way:

"PIS rabble feeds on hatred, wants hatred, derives strength from hatred. This is the opposite of the language of democracy, where the opponent is worthy of respect and has the right to have a different opinion."

This rabble as he puts it, that means millions of his fellow citizens, of course is not worthy of respect, does not have the right to have a different opinion. So says the democratic language of the enlightened professor. Professor - believer. Of what? Of his right of contempt towards others.

The phenomenon of progressive hatred towards the enemy of progress is taking more and more aggressive forms also in the USA, among local celebrities: from universities, Hollywood to influential papers. Faces filled with such hate can be also found in the European Parliament. For example, calling Polish people who celebrated their independence as “a march sixty thousand fascists …” The expression on their faces on the occasion of the Independence March celebration of November 11 serves as good illustration.

This phenomenon, now so common, has deep roots. Let me point out to an important stage in the growth of the roots of the present reality. On November 28, 1760, the peak of the enlightenment – Denis Diderot writes to Voltaire to express admiration:

"other historians tell us the facts so that we come to know them. You (write) to arouse in the depths of our soul a violent contempt towards lies, ignorance, hypocrisy, superstition, bigotry, tyranny, and this contempt will survive, even when the memory of the facts themselves fade away."

Only this one thing matters: to inspire contempt. Facts don't matter. They will pass away. It is necessary to constantly feed a hatred towards evil, that is towards the Catholic Church, towards religion, towards tradition, towards people who clinch to this evil.

18 years later, Gotthold Ephraim Lessing, another classic of Enlightenment, presents the objectives of the well-organized hate in dialogue: "Ernst and Falk. Talk of the Freemasons." He is not a Freemason of a high degree, but notes with appreciation that the Freemasons "work on the future good of this world." He indicates the source of the evil that this work shall conquer: division of the world into different states divided by borders, division of the society into different unequal classes, and first of all the division of the world resulting from religion and conflicts between them. However, he comes to the conclusion that “it is impossible to unite people without first dividing them.” "Some citizens are higher in the hierarchy, while others are below." "People can be kept in unity thanks to ever present divisions. This is simply the way it is and nothing can be done about it." Contempt and hatred of "the higher" towards "the lower" must be, unfortunately, eternal, as the division itself.

What is this division about? Asks today's vulgarizer of Lessing’s thoughts, a professor of the Jagiellonian University, who specializes in rudeness:

"It was never possible to build a true community of all people living on the same territory or speaking the same the language. Smart mass is a minority that will rule the world in the way defined by the network. Post-political society becomes a political force to the extent it is ready to defend what is most important to us. And the most important is the cocoon of our pleasure."

Lessing identified the enemy against which the fight should be channeled: this is any power that bothers us in our individual "cocoon of pleasure." Any such power is tyranny. Against it, as before against the Church, we have to direct wisely "via network" the organized fight of "the smart mass."

Who would like to know more how this network was formed and how the principle of "fair share of hatred" has been developing in there should reach out for the book by German historian Reinhart Koselleck "Criticism and crisis. Study of the pathogenesis of the world bourgeois" (Res Publica Nowa, 2015). There one can read how the revolutionary force of moral dualism was built, supported by the then much smarter than today's celebrities. How they prepared the first bloody revolution in the name of the ideals of that elite: French Revolution. We know that subsequent revolutions were bloodier.

Fight in the spirit of this opposition: progress versus reaction, "smart mass" versus thinking differently "rabble," continues to this day. Now we are dealing only with subsequent effects of this pathogenesis. The enlightened hate reactionaries and are working on the next revolution.