What if Smolensk happened to the UK? 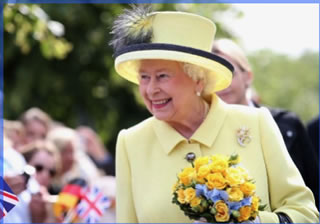 This is one of the stories that spreads over the Internet with lighting speed. This brilliant juxtaposition of Poland and Great Britain gives us a lot to think about.

- Here in England, they could not understand my reaction to the complaints about democracy in Poland. So I told them this story:

Imagine that during World War II, the Russians secretly murdered several dozens of thousands of your officers, prisoners-of-war. They hid it, lied about it, for decades persecuted those who demanded the truth, and blamed this crime on the Germans. Years later, the truth comes to light, and the Queen along with the entire General Staff, the head of the Bank of England, heads of the most important state institutions and Archbishop of Canterbury, all fly on the 70th anniversary of this crime to Russia to commemorate the murder of the British officers, POWs.

While flying for this important commemoration, the Queen's plane crashes in unexplained circumstances and the entire delegation is killed instantly. In response, the British Government not only does not resign, but it entrusts the investigation of this crash entirely to the Russians, who announce that the Queen and drunk Commander-in-Chief of the British Air Force took over control of this flight and crashed the plane. The British Government quickly confirms this story. The BBC and Reuter repeat the comments reminiscent of the allegedly known recklessness and arrogance of the Queen and her passion for gin. They relentlessly broadcast statements about English pilots’ inefficiency and lack of training, grill on the moral devastation of the royal family and drunkenness in the Armed Forces, Air Force in particular. At the same time, the Parliament recommends the Minister of National Defense to the House of Lords, and the Prime Minister promotes the head of the Intelligence Service to the Major General. It doesn’t matter that in the casket sealed by the Russians the Queen has three legs and is dressed in tailcoats and male underwear. For this reason, some tabloids even call to deny the Queen the right to decent burial, suggesting that the Queen had hidden transsexual inclinations. Other victims have two different livers instead of one, yet other victims have piles of rubbish in their stitched stomachs...

It does not matter that the whole area of the crash site is quickly plowed and covered with concrete slabs, trees are cut down and all traces destroyed, the plane wreckage destroyed and washed. In addition, the Russians refuse to return the wreckage of the plane to Britain. Delighted with all this, the Britlish Government sends messages to the whole world about a significant improvement in relations with Russia. The disaster is called the turning point in relations with Russia and a new opening for dialogue with the Russian people. The British Government officially confirms at every opportunity that a drunken Queen with three legs is guilty.

Once I told my British friends this story, for two weeks nobody talked to me, everyone moved away from me as if I were insane. After two weeks, one of the Englishmen apologized to me. He said that they thought I was mentally ill and isolated me. But they asked another Pole who had confirmed what I was saying, and yet another Englishman checked the internet for Katyn and Smolensk. They admitted that they had no idea that something like this was possible in Europe today.