Tusk strikes to do as much harm in Poland as possible. 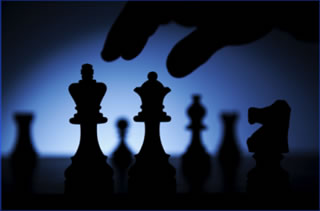 Tusk’s interventions into Polish matters are far from coincidental. His strikes are carefully thought through, to do as much harm as possible and cause serious trouble for the government.

When in December 2016, the opposition politicians tried to stop the Sejm’s session, and the crowd gathered in front of the Parliament threatening to attack the ruling PIS politicians, Donald Tusk made a dramatic speech about “dictatorship,” “Decembers in the Polish history,” an declared his support to “anyone, who is prepared to stand by the European standards of democracy in Poland.”

This was an indirect promise of immunity to rebels, and an attempt to provoke something on a scale of the “colour revolution.”

Tusk also intervened several weeks later, when the opposition began to allege the illegality of the Polish budget approved by a majority in the Sejm. Tusk announced at that time that “anybody ill-willed, wanting to check the legality of the ambiguously approved budget, will have a good reason to check. We have to do what it takes in order not to give any such reasons.”

Tusk’s statement supported a false argument that there is was a major flaw in the procedure approving the budget. It was not a trivial matter, since it could potentially block the E.U. subsidies and other international transfers. Tusk only reinforced this potentially dangerous for Poland scenario.

Presently, the opposition has attacked Prime Minister Szydło for her obvious statement that the Polish WWII hecatomb requires us to do whatever is in our power to make sure that the Polish citizens are not murdered or tortured ever again. Tusk tried to portray the Prime Minister on the international scene as a cynical politician, playing the card of Holocaust victims, despite the fact her statement was made on the day of commemorating Polish victims of German concentration camps.

This matter is also far from trivial, as the accusation of using Holocaust for political purposes is a rather serious one, with potentially significant international implications for the Prime Minister and for Poland.

Any of Tusk’s interventions mentioned above could have brought a lot of trouble for the Polish government and the image of Poland. In the worst case scenario, two of them could have led to the change of the government. These are very powerful strikes, which could have had almost a nuclear effect.

Our situation is not to be envied, considering that the European Council is led by a man who, despite being appointed on the condition to remain neutral in what he says and does and to be fair to all EU member states, not only doesn’t support the Polish government, but does what he can to overthrow the government of Prime Minister Szydlo, while harming Poland in this process.