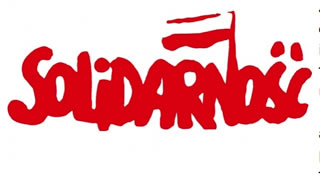 Joining the Councinl of European Center of Solidarity (“ECS”) legitimizes this institution. Thus, it might be more harmful to jon now than to wait one more year, until Adamowicz stops being the President of the City of Gdańsk. I have to add that Lech Wałęsa’s foundation is a part of ECS. This proves that the founding act of ECS should be changed, said Andrzej Gwiazda, the legendary Solidarity opposition activist.

wPolityce.pl: Why is the President of Gdańsk, Paweł Adamowicz, against Krzysztof Wyszkowski joining the Council of the European Center of Solidarity?

It is due to the political reasons. The ECS is a place where history is falsified, and it is an institution connected with Wałęsa’s organization. The ECS is located in the jurisdiction of President of Gdańsk, Paweł Adamowicz. The idea to do something about ECS came up right after President Duda won the election.

What was the idea?

The goal is to challenge their propaganda. I have never visited the ECS, but I’ve heard stories about exhibitions presented there, which unambiguously confirm that the center falsified history. One of the examples is the removal of Anna Walentynowicz’s photos. The ECS has no connection to either the tradition or trade unions of the Solidarity Movement. The ECS is a completely separate and new creation from start to finish. For about two or three years the budget subsidy to the ECS were exceeding the subsidies even for the National Museums. This demonstrates how important this project was for Adamowicz and Wałęsa’s political wing. Many people ask me whether they should donate their memorabilia and Solidarity documents to the ECS, and they’re always happy to hear that they should donate them to the Polish Institute of National Remembrance (IPN) or the National Library instead.

Would you not want to join the Council of ECS?

I was offered a place, but I refused, as my work there would be restricted. Having studied the ECS charter, the establishment process has been constructed in such a way that does not allow any alterations or changes. The Minister of Culture has a right to introduce two people into the Program Council, but two out of ten members of this council are only able to try to propose some changes for the following year. Joining the ECS Council makes this institution credible, and it might be more harmful than waiting another year, until Adamowicz concludes his term as the President of Gdańsk. I have to add that Lech Wałęsa’s foundation is a part of the ECS. The founding act of ECS should be changed in this respect.

Is it your opinion that the Polish Center of Solidarity should be established?

Following the path of Solidarity, there is no point in repairing an already morally damaged institution, which has already earned a bad reputation, at last on the Polish coast. It makes sense to make a fresh start and establish the Polish Center of Solidarity.

Where should it be located?

It should be located in the historical health & safety room in Gdańsk Shipyard, where the negotiations between the government and the general committee of trade unions from across the entire country took place.

Recently, Lech Wałęsa said that his son committed a suicide because of people like Cenckiewicz, and their slandering. What’s your opinion?

This is a question for a mental health professional. To me, it looks like Wałęsa follows the rule of never changing his mind, no matter what. He also obeys the Polish communist security service (SB) rule, whereby a secret agent and his recruiting officer made an agreement to keep their contacts secret forever. The secret agents under no circumstances were allowed to disclose their service relations. When Michnik called Kiszczak a man of honor, he proved that Kiszczak did not betray him. Michnik did not betray Kiszczak either. The fact that Wałęsa does not admit to have been the SB agent is a proof he still works for SB people and organizations connected with the SB.