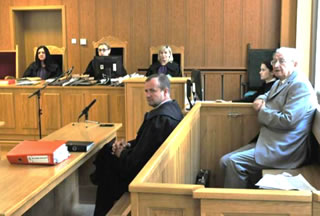 Today, May 30, 2018, the Polish court dismissed the lustration proceedings in the case of Leszek Moczulski, after he withdrew his application for autolustration. Moczulski was absent from court, he was in the hospital waiting for the next operation.

This way, a 20-year process ends, which is a disrepute of the Polish justice system, a stain and a failure of the entire idea of ​​judicial lustration.

Deterioration of the health of the person being lustrated and the slow pace of the court's proceedings reached the point when it became very clear that the lustrated person would not see the end of this process. Whatever judgment would be rendered during the third trial, it would be appealed to the Court of Appeals. Even if the Court of Appeals would uphold this verdict, we would have been waiting for appeal for another few years in the case that has been pending since March 1999.

According to the lustrated person, the length of these proceedings meant that he was - de facto - deprived of the right to court. The court material collected in the course of the trial - revealed documents and witness statements given under penalty for perjury - is an invaluable historical source.

Leszek Moczulski now faces a more prominent tribunal - the Tribunal of History. This Tribunal will issue its verdict not only on the alleged collaboration of Leszek Moczulski with the SB or lack thereof, but also on the reliability of his lustration process.

Leszek Moczulski was the first in Poland to file the application for autolustration on March 25, 1999. Then three trials took place. In the first one, he was found to have made a real truthful lustration declaration, but the appellate court quashed that judgment and remanded the case. In the second trial, Moczulski was found to have made a false lustration declaration because during the period from 1969 to March 1977 (until the commencement of open opposition activities within the framework of the Human Rights Movement), he cooperated with the communist security forces SB. This ruling became final in 2008, but the European Court of Human Rights in Strasbourg recognized that in the course of this process the law was drastically broken - the rights of the defense were violated. As a result, the Supreme Court reversed the second ruling in 2012. Although he was not legally obliged to do so, Moczulski still insisted on autolustration. In 2013 the third trial began. It lasted almost exactly 5 years and ended with the current discontinuation of the proceedings.

Moczulski, who turns 88 in a few days, was twice convicted by the communist regime of the Polish People's Republic, and sentenced to prison term: once for 10 years, the second time for 4 years. He spent about 7 years in communist prisons in the PRL. In the ‘independent” Poland, after 1990, he tried to clear himself of the alleged charges of cooperation with the SB for 20 years. Unfortunately unsuccessfully.

We can be sure that History will be a more just judge. 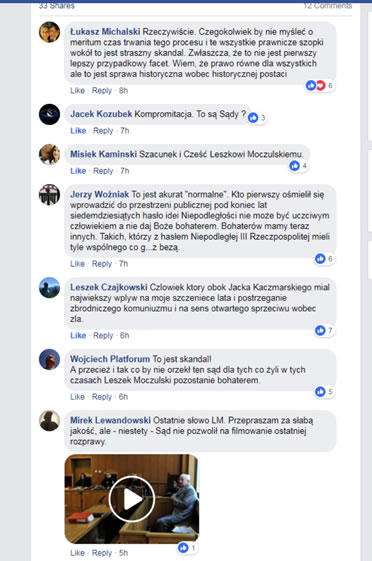