They keep lying about extermination camps!
Impudent liars from Germany and Austria are at it again. 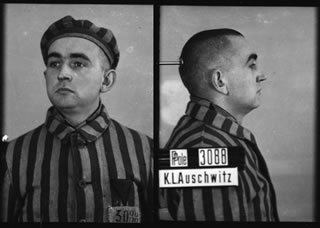 We just protested against the scandalous statements appearing in German press. We just reported that even in some of German state museums the expression „Polish extermination camps” is used. Unfortunately today, German-speaking media are at it again, smearing Poland and the Polish people again.

This time it was an Austrian daily newspaper „Der Standard” which wrote about „Polish extermination camp” in Treblinka. The author of the defamatory article „Tanzcafe Treblinka” is the Austrian writer Michael Cerh.

At the same time, we are dealing with similar attempts to fabricate and falsify history on the part of German information portal Newsmax, which also writes about „Polish extermination camps.” When describing the „T4” program implemented by the III Reich between 1939 and 1944 on „elimination of life not worth living” it concludes that the German camps in Treblinka, Sobibór, Bełżec and Auschwitz were in fact „Polish extermination camps”. (Die Leiter der deutschen Aktion T4 Euthanasie-Mordanstalten wurden ab 1941 in den polnischen Vernichtungslagern wie Sobibor, Treblinka, Belzec und Auschwitz verantwortlich tätig).

It is worth reminding the Germans that the Polish State did not exist during the time of this barbaric operation. Poland was under Hitler's Germany and Stalin's Soviet Union occupation, the Polish government was in exile in the UK during that period, and the Polish people were targeted as victims of this and many other German mass extermination programs.

– We have to constantly write and protest against persistent attempts to fabricate fake history of World War II on the part of Germany – stressed Anna Halves from Hamburg-Stadt „Gazeta Polska” Club. We have to continue protests and support all actions that protect good name of Poland and Polish people. This is why I wholeheartedly support the action of continuous reminders that firstly the extermination camps were not Polish, and secondly, they were not merely Nazi ones, but obviously German, she added.