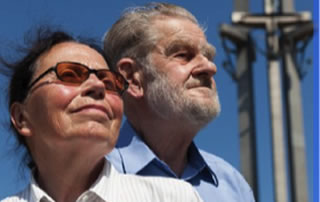 Andrzej Gwiazda: There is no record in the communist security forces “SB” archives that Wałęsa broke off his collaboration with them but there is a record that in March 1976 he was removed from their records. However, another important report of the handlers of Wałęsa has been preserved. It shows that after Wałęsa joined WZZ (Free Trade Union), SB decided to renew their collaboration with him. Wałęsa got scared at first, started to stutter, but regained his confidence, yelled at his officers, and announced that if they came again, he would report them to whomever it was necessary.

The conclusion is clear. The SB decided to promote Wałęsa from the level of a shipyard mob to a high position of an agent of influence. Of course such agent of influence must have a clean slate. In 1976, shortly before the establishment of the open opposition movement, SB decided to formally deregister Wałęsa as a communist informer and release him from the shipyard - where he was known as the informer - thereby creating the legend of Wałęsa as a repressed man.

It is a lie to claim that there is no evidence of Wałęsa’s subsequent collaboration with SB in the archives. I will only mention the transcript of the so-called "warning conversation" that took place after Wałęsa left Arłamów internment. This transcript was published in "Arcana." In this interrogation, the frightened Wałęsa says: "I did everything you ordered." "I threw everyone from Solidarity that you did not like." Historians could not deal with this source material known as the “warning conversation” because their books would not have been published and Wałęsa's worshipers would have torn their heads off."

Excerpt from the book "History tproved us right," an interview with Joanna and Andrzej Gwiazda by Remigiusz Okraska & Agnieszka Niewińska.