We still don’t know the results of 2014 regional elections! 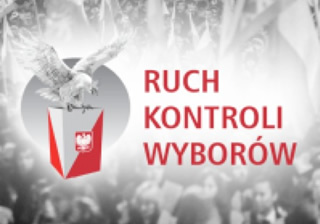 100 days since the 2014 regional elections has come and gone. However the National Electoral Commission (NEC) still has not posted on its website the full results of the vote. It lacks the data from Warsaw and Mazowieckie Voivodeship. “What is happening here harms the reputation of the state. In addition, the whole situation undermines the credibility of the electoral process”, says Maciej Wasik of PiS.

The first round of local elections took place on November 16, 2014. Almost immediately, the computer system servicing the elections malfunctioned, causing significant delays and confusion in determining the election results. This paralysis led to social tensions, numerous protests, and even the occupation of the headquarters of the National Electoral Commission. Finally, after one week, the first results were announced, but as it turned out, the protocols contained errors.

On the NEC’s website one cannot find accurate voting results for the regional council of Mazowieckie Voivodeship as well as for the President of Warsaw. “I really do not understand why NEC did not include complete statistical data on its website. It's strange, because after the previous round of election everything was fine,” tells us Maciej Wasik, councilman for provincial assembly. “Could it be that NEC is afraid to publish full details, because more inconsistencies would come to light?” emphasizes Mr. Wasik.

The fact that the NEC does not provide appropriate statistics is a violation of Art. 163 of the Electoral Code, which imposes such duty by stating: "The National Election Commission publishes statistics with detailed information on the results of voting and elections and provides full results of voting and elections in the form of an electronic document."

Officials from the National Electoral Commission avoid the press. Recently, the acting director of the National Electoral Office, Beata Tokaj announced that the results would be published in a matter of days. She argued that officials already have all the data, but they have a problem with posting them on the website because this task should be perform by the company... which designed this flawed election servicing system.

“I have serious doubts as to the entire process of the regional elections. They do not reflect the will of the voters. This is why the citizens' control of the electoral process is desperately needed, as it is in all normal countries,” tells us Przemysław Miśkiewicz, president of the association "Generation."

On February 21, 2014 in Czestochowa the citizen’s movement for election monitoring was born. The first meeting was attended by over a thousand people from all walks of patriotic movements, including, among others: "Gazeta Polska Clubs," “Polska jest Najwazniejsza” Association led by Professor Żaryn, and “Students for the Republic” Association.