Why key information on elections to Constitutional Tribunal is being suppressed? 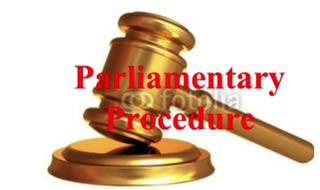 Why doesn't media provide the most important information regarding the battle for the Constitutional Tribunal in Poland?

Although the provisions of the law on Constitutional Court pursuant to which 3 judges were elected by the departing PO-PSL government are valid, the election of those 3 judges is invalid because of the violations of parliamentary procedures pursuant to which the 3 judges were elected. This is why, inter alia, the election of 5 judges by the new Parliament led by Prawo i Sprawiedliwość (PIS) is valid and in full compliance with the law.

Prof. Michal Warciński from the University of Warsaw summarized the issue as follows: “All resolutions regarding the election of judges for the Constitutional Tribunal made in the last term of the Sejm violated procedures required for such elections. We must not disregard procedural violations.”

Thus, the President could not swear in the 3 judges elected by the Parliament in the previous term in a manner that clearly violated required by law parliamentary procedures. The Sejm of the current term correctly adopted a resolution that declared the previous resolutions adopted in violation of the parliamentary procedures as null and void. It was not a cancellation of the election or revocation or abolition or overturning or anything like that. It was simply a declaration that due to procedural violations the elections of the 3 judges were invalid. Such declaration restored the elementary respect for the rule law and opened the door for new elections of 3 judges to the Constitutional Tribunal by the new Sejm.

It is worth pointing out that persons elected by the Sejm do not become judges until they are sworn in. So, the 3 judges elected in violation of parliamentary procedures never became judges since they were never sworn in. In addition, they were elected before their term expired.