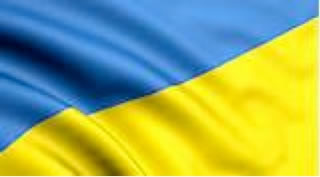 For over two decades, the Russian intelligence services felt just at home on the Ukrainian soil. The FSB (the Russian Federal Security Service) went as far as developing its own structure in Russia’s neighbour country. “For authorities in Kiev eliminating such a creation is a task even more important than defending Donbass,” states “Gazeta Polska.”

All events that caused destabilisation in Ukraine, such as a series of assassinations of those Ukrainian politicians, who had substantial knowledge about oligarchs’ illegal business deals and their links with Russia, provocation murders of pro-Russian journalists, bomb attacks across the entire Ukraine or Ukrainian nationalist demonstrations and riots, have one thing in common: all of them were instigated and co-implemented by Russian intelligence. The level of infiltration of Ukraine by the FSB, The SWR (the Foreign Intelligence Service of the Russian Federation) and the GRU (the Russian Main Intelligence Directorate) is plainly visible today. Moscow activated nearly all its intelligence reserves in order to eliminate the West-oriented government in Ukraine. Nearly all, since Russia undoubtedly still keeps its greatest trump cards yet. The biggest threat to Ukraine today is not the war in Donbass, but Russian intelligence. Ukraine is paying a high price today for allowing the intelligence activity of its enemy to go unpunished for over two decades.