The overthrow of the Jan Olszewski Government on June 4, 1992, gave a new lease on life to neo-communists in Poland. 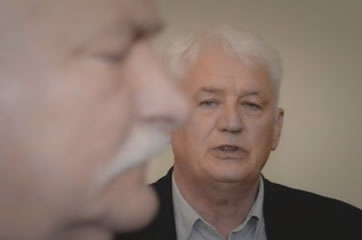 Krzysztof Wyszkowski, an anticommunist activist and leader of the independent Solidarity Trade Union Movement, who was persecuted by the Communist secret police (SB) during the time of the People’s Republic of Poland, speaks to niezalezna.pl about the overthrow of Jan Olszewski’s government in 1992.

This operation consolidated functionaries of the former communist special forces in Poland. They realized that it is either democracy and freedom or they who would prevail. They knew that liberty and democracy was a threat to them because it led to the end of their political career. This entire group that once secretly collaborated with the communists started to act in the open to strengthen the Round Table Agreement between a carefully selected group of Solidarity leaders and the communist regime. As a result, Kwasniewski became the President for the next 10 years. Thus, their interests were effectively protected, says Krzysztof Wyszkowski about the coup d’etat from June 4, 1992.

niezalezna.pl : Twenty-three years ago, on the night of June 4-5, Olszewski’s government was dismissed with a vote of no confidence. The event is known as the “night shift” or the “night transition” (nocna zmiana). You were an advisor to Olszewski. Your coalition wanted lustration (de-communization) of all members of the Polish parliament. In the end, however, it was Olszewski’s government that fell instead of communism.

Wyszkowski : We were unsuccessful because of communist agents and informants. I had estimated that there were about 60 of them in the Polish parliament. Indeed, that’s how many were revealed at that time. Today we know that the number was higher. Back then we thought that parts of the Security Service archives were destroyed. Many influential people were not identified as agents, while others became frightened of the intended de-communization and they rebelled. Those opposed to the de-communization process had wide support, including Mazowiecki, Tusk, etc.

niezalezna.pl : Why did this attempt at de-communization, even though it was so needed by Poland, fail?

Wyszkowski : The attempt touched a nerve with many people and many interest groups – not only people from the parliament but also from the mass media who were connected to communism. Primarily the “Gazeta Wyborcza” newspaper considered lustration a threat. It talked about people who might lose their jobs, possible vendettas, or an ensuing wave of suicides. A mood of hysteria was unleashed for the sole purpose of stopping the lustration. Till this day, the National Institute of Remembrance (IPN) hasn’t compiled a list of the communist agents who in 1989, during the Round Table Talks, made decisions that shaped modern Poland. General Kiszczak, the chief of the communist secret services in 1989, knew who the participants of the historic Round Table Talks were. He possessed all the files on the members of the so-called constructive opposition within the Solidarity Movement. The former Security Service took good care to protect its communist agents aftre 1990. The “Macierewicz list,” a list of secret agents made in 1992 by Antoni Macierewicz, who was then the Minister of Internal Affairs, contained less than half of the names of agents actually operating in the Polish parliament.

niezalezna.pl : What consequences did this bring for Poland?

Wyszkowski : Officers of the communist secret services circled their wagons. It’s when they realized that there will be room either for in freedom and democracy in Poland or for them. They were concerned that freedom and democracy is a threat to them because it could lead to the end of their political careers. That entire group that once secretly collaborated with communists began to openly work on strengthening the Round Table Agreement. As a result, Kwasniewski became the President of Poland for the next 10 years and these dangerous special interests were secured and protected. There was still time to salvage part of the national wealth, but the secret services and certain people from the mass media constituted a resistance force whose aim was to preserve the influence and power of post-communist groups.

niezalezna.pl : How does this system work today?

Wyszkowski : It continues to limit our freedom. It keeps a lot of people in check. In 1989 the Poles participated in elections because they wanted to break from communism, but it turned out that on June 4, 1992 the Polish political elite through the overthrow of the Olszewski government saved post-communism in Poland.