The “Zetka” secret police files to be declassified 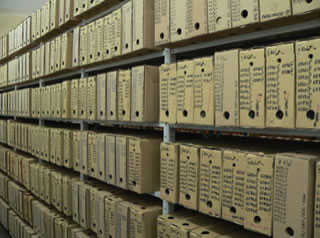 It is likely that in February 2016 Defense Minister Antoni Macierewicz will declassify top secret files held by the Institute of National Remembrance (IPN), the so-called “Zetka” intelligence files, reports Rzeczpospolita.

“There is no reason why the materials can’t be made available to historians, researchers and media,” reports Rzeczpospolita. The decision has to be confirmed and signed by Defense Minister, who will sign the relevant paperwork at the end of January 2016.

The Zetka files, which is today the most secret collection of IPN files hides the secrets of the communist Security Service agents and their secret collaborators who have not been disclosed until now. It's a real war with post-communist system because “Zetka” hides the deepest secrets of PRL secret service, the so-called “esbecja” (SB). It is so secret that if a file of a person was in "Zetka," the IPN had no right to ever suggest anywhere and to anyone that such a person cooperated with the communist secret service “SB”! Once a name of a person was in the “Zetka” section, the whole archives of IPN have been cleansed of all evidence about this person’s activities. This effective protection of the most dangerous communist agents for the past 26 years has been catastrophic to Poland. Even a secret collaborator or former SB officer was easily able to get a clearance certificate because his or her name was not in the IPN general registry. Such person could have even receive the status of a victim of communist oppression! For example members of the secret police who oppressed Solidarity members have their files in the IPN “Zetka” restricted collection. As a result, they have never lost their hefty pension privileges from the communist era.

The “Zetka” collection is huge. It is stacked side by side on the shelves that occupy together about 430 meters. At the time the IPN was formed there were 20 times as much “Zetka” files. However many of these files were declassified by former head of IPN - late Janusz Kurtyka. Back then NKVD archives from the 40-ties were identified in that collection. Hence, their classification 50 years later was difficult to justify. The files scheduled for declassification in 2016 contain a lot of information from late 80-ties - the time of the so-called “fall of communism,” which turned out to be a gimmick as a result of special operations like “Zetka.”

- Maybe a few monuments will fall, maybe a few new ones will be erected - says a former officer of the communist intelligence and counterintelligence service, Colonel Peter Wronski. He explains that the documents produced by the communist Security Service until May 1990 had to be transferred to the IPN. - These are the data files of the offices, details of cases... Even employees of IPN don’t know what’s in these files - he says. Only heads of special services had access to “Zetka” files. - It's one big set of “hooks” - says Wronski.

Back in 2007, Macierewicz said that keeping “Zetka” files classified was no longer paramount to the country’s security interests. He explained that keeping these files secret creates a false premise of “fictional elite of intelligence, banking and media officers.”

Soon upon taking office as Minister of Defense, Antoni Macierewicz made a decision that PRL military services’ classified files used in the process of liquidating Communist Military Information Services (“WSI”) during the 2005-2007 PIS term in office will be declassified. Macierewicz announced his plans for declassification during an event organized to promote a book “Konfidenci” by Piotr Woyciechowski, Sławomir Cenckiewicz and Witold Bagieński.

Pursuant to the IPN Act, the Minister of Defense has the authority to make decisions regarding the military files, whereas the civil files remain under the authority of the Polish Intelligence Agency and the Internal Security Agency. Therefore, the Minister of Defense in consultation with the heads of the above two intelligence agencies decide which of the files should be kept classified. They also remain, together with IPN officers they appoint, the only officials who have access to these files right now.

Those who criticize IPN for declassifying the files often argue that this could harm the Polish state. However, it shall be pointed out that in Germany the Stasi archives - the secret police of the GDR archives - were disclosed immediately - that means already 26 years ago. The archiving of Stasi files began in 1990 in the Federal Office of the State Security Service, known as Gauck Institute after the name of the current president of Germany. It is Joachim Gauck who for 10 years stood at the head of this institution. In addition, in Poland’s western neighbor – Germany- a compulsory vetting (lustration) of candidates for employees in public institutions is a norm.

What could be in the “Zetka” files?

First of all personal files of Polish intelligentsia. It was this group that became the focus of the communist-era security services, particularly of interest to the secret police. Some of the prosecutors, lawyers, journalists, engineers were trained under the tutelage of Security Service agents. Some of them became informers, provocateurs, or even employees of the communist security apparatus. The occasions for recruitments were for example travels abroad. Those who wanted to get a passport, particularly trying to leave for the West, had to reckon with a meeting with “esbek.” The “Zetka” files consist of military and civil documentation with administrative, operational, personal files and registry cards.

Night shift in the Sejm

It was June 4, 1992. Minister of the Ministry of Internal Affairs Antoni Macierewicz delivered to Parliament a list of 64 members of the government who during the communist-era collaborated with the communist Security Service. The list was submitted to the Parliament pursuant to a resolution of the Sejm, which called for a list of such agents to be made and presented. Minister Macierewicz placed on the list of list those members of the government who had records as SB agents. The reaction of President Lech Walesa and some members of the Sejm was immediate - in the middle of the night, 15 hours later, the government of Jan Olszewski was overthrown.

On February 25, 2016, the Supreme Court is to decide on a legal question regarding lustration and whether it refers to collaboration with PRL intelligence services, or whether it only refers to collaboration in order to fight opposition, Solidarity trade union, Church, or to violate freedom of speech, freedom of assembly, etc.
The 7-member panel of the Supreme Court has been asked to resolve a disputable question, when the 3-member panel of the Supreme Court heard an appeal on a lustration case, and held that an individual was a “lustration liar.”

The lustrated individual did not disclose in his 2008 lustration affidavit that while working at the Polish Embassy in Rome in the 1980s, he conveyed intelligence such as media information, catalogues, technical equipment folders, analyses of military technologies, legalization of stay for foreign nationals, rules for population register, etc., to the headquarters of the II General Staff of the Polish Army (which was, in fact, the PRL military intelligence). The Court ruled that the individual did not conduct intelligence activity in order to gather information about other individuals.

The dispute relates to the preamble of the Lustration Act, which states that working for, or collaborating with, the PRL intelligence services in order “to fight democratic opposition, trade unions, associations, churches and other religious groups; to violate freedom of speech and assembly, rights to life and freedom, right of possession and safety, was an act of permanent violation of human and civil rights on behalf and for the benefit of the communist totalitarian system.”

When examining the Lustration Act and its preamble in 2007, the Constitutional Tribunal held that the preamble aimed to “stigmatize and punish individuals who had collaborated with the totalitarian system in a manner as specified in the Act itself.” Following this statement by the Constitutional Tribunal, the Supreme Court expressed doubts whether “stigmatization and discrediting should extend to individuals, who in their collaboration did not fight democratic opposition, trade unions, associations, churches and other religious groups; did not violate freedom of speech and assembly, rights to life and freedom, right of possession and safety.”

The Supreme Court claims that the question was not given appropriate attention in its jurisprudence or case law; hence its formal interpretation was that all employees and collaborators of the PRL communist intelligence services should have been condemned and discredited. “This way the content of the preamble was ignored,” emphasized the Supreme Court.

The 3-member panel of the Supreme Court admitted that opinions whether the preamble is normative are divided. Some law experts think that the preamble is “binding and normative just as the content of the Act itself,” others do not agree, but there is also a group of experts, who think the preamble has a “binding interpretative meaning.”

The Supreme Court does not question the purpose of lustration, but the ratio legis of the Lustration Act. “If we accept that it is contained within the preamble, then the consequence would be that the legislator did not intend to disclose all informers, agents and spies, who acted on the territories of other countries in the past, collaborating for example with the Command of the II General Staff of the Polish Army.”

Thus the Supreme Court’s question, whether the individual’s failure to admit collaboration could be treated as acting in “justified unawareness of the illegality of the prohibited act,” considering that the individual did not gather classified information about individuals, but rather gathered and translated information for the PRL intelligence services.

The first Lustration Act was passed by the Sejm in 1997, and the second – currently valid – in 2006. Pursuant to the Act, officers from a variety of public services (born before August 1, 1972) make statements whether they were intelligence officers, employees or agents between 1944 and 1990. The IPN is in charge of verifying, i.e. lustrating these statements, and, in case of suspecting that collaboration with intelligence services was concealed, refers cases to the court. An individual legally branded a “lustration liar” is suspended from public functions for a period from 3 to 10 years. The Lustration Act does not suspend those who admit their connections with PRL intelligence services, leaving the decision to the individual or their superiors.