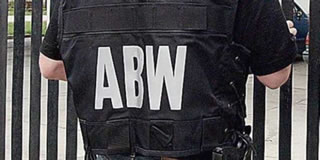 Maciej Sankowski’s analysis of the ABW (Polish Internal Security Agency) 2014 report, published on Defence24 website, reveals that Russian intelligence has made a wide-scale attempt to consolidate its pro-Russian assets in Poland. Mr. Sankowski says, that unfortunately, the ABW 2014 report has not attracted the media attention it deserves. “There is no doubt that this specific report is the most unambiguous, powerful, and at the same time, the most interesting of all the ABW’s annual reports published thus far,” emphasizes Sankowski.

The report makes references to the events beyond the Polish borders as well; primarily to the situation in Ukraine. In this instance, the report illustrates attempts to give prominence to, and to emphasize, tough times in the shared Polish-Ukrainian history in order to incite conflicts and disagreements in mutual relations between both nations. The authors of the report state that Brussels played a key role in the Russian intelligence operations against Poland, primarily aimed at discrediting the Polish stance on the Russian aggression towards Ukraine. Further more, it draws attention to the statements made by those Polish politicians, and experts, who questioned the entire course of the Polish foreign policy.

The report confirms that this is the first time the Russian Federation intelligence has attempted such a wide-scale consolidation of the pro-Russian assets across Poland.

He continues to point out, that in addition to overt manipulations of the existing media outlets, a new, and openly pro-Kremlin, news outfit called Sputnik, has recently made its appearance on the Polish media scene. The Sputnik allied itself with the Hobby, a local radio station from the Polish region of Legionowo. The Hobby is contracted to disseminate Russian-made productions in the Polish language.

Sankowski emphasizes that the station co-opted a number of public figures with diverse social and political views, including Artur Zawisza (extreme right-wing politician), Piotr Fogler (a keen supporter of the Polish Civic Platform, PO) or Agnieszka Wołk Łaniewska (a journalist for the NIE weekly).

Mr. Sankowski also emphasizes that Russian Federation foreign intelligence services intensified their lobbying activities on behalf of Russian businesses operating on the Polish market. “Lobbying is yet another tool for the Russian intelligence and GRU (the Russian Main Intelligence Directorate) that is used overtly and covertly,” says Sankowski.

Here, as an example, the author uses the case of the Russian Acron Group, that tried to take over strategically-important Polish nitrogen company, the Azoty Group. Although the case of Acron is the most familiar, it is not the only one that was to test Poland’s integrity. Other similarly extravagant incidents occurred within the nuclear energy and power plants sectors, but their details remain undisclosed.

In order to sabotage any attempts of shale gas extraction in Poland, Russia has undertaken a wide variety of activities (including media manipulation, lobbying and political influence) at the European level. Mr. Sankowski emphasizes that active attempts to effect changes in the legislature, and unusual interest in the activities of the Polish Parliament, have also been noted. In this instance, the Russian interest went far beyond of what is considered an ordinary monitoring, as it enlisted Russian intelligence personnel to carry out these activities.

The case of Leonid Sviridov, a Russian correspondent for the Ria Novosti, is yet another example of Poland’s integrity being tested. Based on the ABW’s findings, Sviridov lost his Polish Ministry of Foreign Affairs accreditation; followed by the annulment of his right to a permanent stay in Poland, and despite the Russian Ambassador’s intervention in his defense. Sviridov’s activities went well beyond journalistic standards.

For example, he engaged in the lobbying activities for Acron, which aimed to take over the above mentioned Polish nitrogen company, Azoty Group. During the course of his “journalistic endeavors”, Sviridov organized trips for journalists, and took active part in establishing pro-Russian groups to influence the Polish media. Sankowski is of opinion, that an attempt at Svirinov’s deportation is deeply meaningful, even just to show that Poland will not tolerate such a behavior. The fact that his deportation is likely to cause Russia to retaliate and have one of the Polish correspondents working in Moscow expelled, is a different matter.

According to the 2014 ABW report, the number of incidents and attacks on the Polish government information infrastructure has notably increased. It notes, that 7,500 out of 12,000 reported cases have been identified as actual break-in attempts.

What the Defence24 website finds interesting, is that ABW spells out that it is not only the number of the attacks that have risen, but also their sophistication. This means that these attacks have become more persistent, last longer, and that they are based on modern, and advanced computer science. The principal targets of these attacks are Polish government institutions and the energy industry.