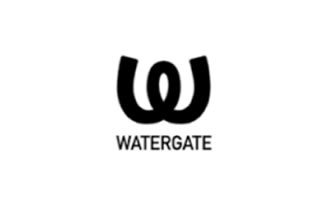 “If our Prime Minister Ewa Kopacz doesn’t explain her links, the Polish politics will experience a scandal as big as the Watergate,” announced Przemysław Wipler during the press conference in the Polish Parliament called to address the direct involvement of Ewa Kopacz, Kamiński and officials from the Polish Prime Minister Office in the campaign against SKOK - Polish credit union. Mr Wipler, a member of the Polish Parliament, questioned Mrs Kopacz about SKOK, claiming that the information he obtained from one of her former associates, would put the SKOK issue in a new light.

“During my tenure as Member of the Polish Parliament I have come across some alarming information about how the Prime Minister and her staff were involved in destroying SKOK, a major segment of the Polish public finance system, by using media to spread propaganda,” claimed Mr Wipler of Korwin party. “The Prime Minister herself, as well as Mr Kamiński, were personally involved in attempts to destroy that sector by launching an open campaign against SKOK, which also represents interests of SKOK’s competitors,” he added.

Mr Wipler has submitted an appropriate request to Sejm to question Mrs Kopacz. “The information I’ve got indicates that Ewa Kopacz and her staff have taken part in the campaign against SKOK,” he concluded.

At the conference, Mr Wipler presented a termination notice of Ewa Kopacz’s membership in SKOK, which she only submitted on February 17, 2015. “According to my informant, the Prime Minister submitted the notice to terminate her membership as a preventive measure, only 2 weeks before the entire campaign against SKOK began. My question to the Prime Minister is this: whether she made a declaration of assets in violation of law during her tenure as Member of Parliament? Her asset declaration, submitted to Sejm in 2007, stated that Mrs Kopacz had a loan worth 98,000 PLN, but there was no information about the lender. According to my informant the lender was SKOK, but that loan was not the only one the Prime Minister had had,” emphasised Mr Wipler.

When questioning Ewa Kopacz, Mr Wipler mentioned that her staff met with Polish TV on numerous occasions. “I have asked how many times the Prime Minister and her staff, including her immediate advisors and the current leader of the propaganda, Michał Kamiński, met with Andrzej Jakubiak, the current head of KNF (Polish Financial Control Committee) since December last year. I have also asked how many times the Prime Minister’s staff met with media representatives. I have requested notes from those meetings as well as any information whether any attempts to influence the media campaign against SKOK were made. In a civilised, law-abiding country it is unlawful for the Prime Minister’s staff to meet and lobby with a major financial institution. In a law-abiding country a situation where the Prime Minister’s staff launches a slandering campaign in order to support the election campaign of their candidate, Bronisław Komorowski, and destroy SKOKs should never take place,” concluded Mr Wipler