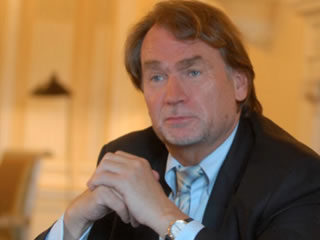 Jan Kulczyk, Poland’s richest man and one of the most successful businessmen, died suddenly on July 28, 2015, in Vienna, at aged 65. A spokesperson for Kulczyk Holding Investment Company stated that he died as a result of complications after a minor heart surgery.

Kulczyk was the richest man in Poland and ranked by the Forbes Magazine as number 430 richest man in the world in 2014. His net worth was estimated at close to $4 billion at the time of his death. His company, founded in 1991 Kulczyk Holding, has operations in over 30 countries, in areas such as finance, telecommunications, energy, media, infrastructure, real estate, and more.

On August 28, 2015, Gazeta Wyborcza daily revealed that a group of post-communist agents, the so-called Vienna Group, offered for sale secret tapes from a meeting between Jan Kulczyk and Prime Minister Tusk. This meeting took place in the Prime Minister’s residence in the first half of 2014.

Kulczyk met with Prime Minster Tusk three times; twice in the Prime Minister’s office in the presence of other officials like Sport Minister Andrzeja Biernat, MP Paweł Gras, and Chair of the Olympic Committee Andrzej Kraśnicki.

The third meeting was organized by MP Paweł Graś and took place in the villa of Prime Minister on Parkowa Street. Several Tusk’s associates took part in this meeting. The purpose of the meeting was to discuss Kulczyk’s investments in the energy sector in Ukraine. Kulczyk had been lobbying the EU to include Ukraine in “the energy plan for Europe.” The core concept of this plan was the energy bridge between energy rich Ukraine and the EU member states. Kulczyk was in close contact regarding the energy plan for Europe with the EU Commissaries and members of EU governments including Germany’s deputy chancellor Sigmar Gabriel as well as resident and Prime Minister of Ukraine. He also received a permit from the Ukrainian government for renovation and modernization of atomic blocks in the nuclear power plants Chmielnicki. Kulczyk also planned to supply Ukrainian conventional power plants with coal from Poland.

According to the Polish central anti-corruption bureau (“CBA”), several former post-communist agents are in the possession of about 700 hours of illegal recordings, including Kulczyk-Tusk recording. This group is called the Vienna Group because they offer reviewing of these recordings in Vienna. Two former agents of the Polish Agency of Internal Security act as middlemen in this process.

Commenting on the news regarding the existence of recorded conversations between Jan Kulczyk and Donald Tusk, MP Antoni Macierewicz stated that Kulczyk’s death in Vienna, where those recordings were to be examined in order to possibly finalize a deal, is extremely significant. Macierewicz emphasized that “nothing could have been recorded without the security services’ knowledge.”

A lot of shocking information has been leaked over the recent years from the secret files of the Polish tape-gate scandal, including the latest information on the existence of a recorded conversation between Kulczyk and Tusk regarding Ukraine. What is unusual about this case is that this recording was made in the Prime Minister’s private villa, not at some public place, office or restaurant.

When asked why information about existence of this recording’s has been revealed only now, Macierewicz pointed out that the tapes were likely to be released very soon. “The key information is that the investigation into these leaks is to conclude with indictment within the next 10 days or so. Then all materials will become more or less public. This release of information was a preemptive move. Considering conversations between Tusk and Kulczyk about Ukraine deals, it is hard to ignore leaks of previous secret tapes with statements by Sikorski and Sienkiewicz about the state of Poland’s current government and Sikorski’s later statements about Ukraine and relations with the USA.

Macierewicz points out possible existence of energy deals with Ukraine, which were being planned and prepared with Kulczyk. He recalls Kulczyk’s alleged involvement, supported by Aleksander Kwaśniewski, in selling Polish refineries to Russians. Kulczyk had been making energy deals in Eastern Europe for years. “The fact that he died in Vienna, where the tapes were to be examined and a deal was likely to be made, is extremely significant,” Macierewicz observes.

Macierewicz refers also to technical issues of recording the conversations in the most secured environment in the Prime Minister’s villa. “The villa has been the home of Polish prime ministers for years and security services know its every nook and cranny. It is not possible to record anything there without security services’ knowledge. If the prosecution concludes that the conversations were recorded illegally by former officers of Internal Security Agency (ABW), the entire agency and its bosses would have to face immediate dismissal. Otherwise, it would expose Polish security services as incompetent and politically and financially corrupted. It would also prove that Poland is manipulated by a group of people ready to sell any information for financial gain. Therefore, either the tapes were made with permission and knowledge of Polish security services, and possibly the Prime Minister, or the security services act against Poland’s interests and should be subject to a thorough reorganization,” concludes Macierewicz.