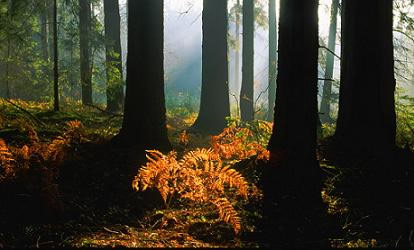 Poland’s State Forests and the fate of the country’s agricultural land came into view due to recent late-night attempts to change the Polish Constitution. Hence, those subjects require our full attention since they threaten strategic national interests of Poland. In that context, an effort undertaken by the Polish citizens protesting such policies shall be recognized.

Poland’s State Forests, an envy of Europe, were established as a state-owned enterprise in 1924. Today, the State Forests Organization owns ca. 80% of public forests in Poland, and constitutes the biggest entity managing such abundant ecological resources in the EU, encompassing close to 30 % of the country’s territory. Its operations are based on the principle of self-financing. (1)

According to the amended State Forests Act (January 2014), by hasty action of the ruling coalition, the entity was burden with expenditures to the state budget of 1.6 billion PLN (in 2014-15), in quarterly installments of 800 million PLN, regardless of existing financial condition.(2) From that payment 650 million PLN was earmarked for the National Local Roads Reconstruction Program and the remaining 150 million PLN was designed to reduce the state increasing budget deficit. Today, we know that the Finance Ministry “cannot” answer as to how the payments from The State Forests were used or even allocated. (3)

Starting in 2016, the State Forests shall transmit to the state coffers 2% of timber sales, which place its overall fiscal burdens into harshest punitive levels of taxation. (4)

As revealed by WikiLeaks in a memo of the US Ambassador to Poland, V. Ashe, the Polish Prime Minister D. Tusk and the Speaker of the Sejm B. Komorowski planned to sell the valuable property belonging to the Polish Treasury and State Forests, at least as early as October 2008 and January 2009, to satisfy the plan of the WWII private property lump-sum compensations set forth in a drafted act. Komorowski assured the US ambassador that Donald Tusk is “determined” to adopt, as soon as possible, the relevant law.(5) On December 18th, 2014, "under the veil of night", the ruling coalition plus SLD and Palikot’s group, tried to change the Polish Constitution that would allow for the sale of National Forests- in the name of the "public good." A mere 5 votes were missing to achieve that goal.(6) A "public good" in question needs to be seen for what it is - an adaptation of “the relevant law” promised by the Civil Platform’s politicians, as revealed in WikiLeaks reports.

In conclusion: Poland’s State Forests have a rank of national treasure; they account for about 30% of the country’s territory and constitute abundant ecological resource that, by its very nature, counterbalances any “climate burdens” of concern to the EU. The case of state forests serves as another tangible example of how the currently ruling coalition approaches sectors of strategic significance to the country’s economy and security. First, a bankruptcy is achieved through a damaging legislative changes in the existing law or taxation system, and then, an attempt is undertaken to sell the assets for pennies on the dollar, as shown in case of coalmining industry. Following Poland’s elections calendar, there is justifiable concern that another attempt to sell the State Forests could come as soon as President Komorowski would secure his second term in office.

A deadline is set for 30 April 2016 that ends a period of restricting the free circulation of agricultural land in Poland that was negotiated in conjunction with Poland’s accession to the European Union. During a transitional period, the foreigners are allowed to buy land, but need to obtain permission of the Minister of Internal Affairs and Minister of Agriculture in the case of agricultural land. And they do. The current sales of land, operated by the Agricultural Property Agency (ANR), do not improve the structure of domestic family farms and the land goes corruptly to the substituted persons representing large traders associated with foreign capital. Unlike other countries with strategic agricultural potential: Denmark, France or Germany as random examples, Poland does not have a legislation which will reduce or equate (to domestic investors’ potential) the possibility of purchase of land by foreigners. (7)

In conclusion: The urgent need to renegotiate the Accession Treaty in order to extent the protection period represents the national interest of highest proportion in this case.

Grass-roots action to save the Polish Forests and referendum supported by over 2.5 million signatures

Reacting to those dangerous developments, a grass-roots initiative was commenced by Polish Citizens to gather sufficient number of signatures, forcing a nationwide referendum to save the Polish Forests. This effort is ongoing on Facebook. This initiative is now supported by the Law and Justice Party. Hence, the Sejm may decide to surrender a particular matter to a referendum on the initiative of citizens who collect at least 500 000 signatures of the people who have the right to participate in the referendum.(8) On January 20th, 2015, the Law and Justice submitted to the Parliament additional signatures on the petition requesting a nationwide referendum on the State Forests, adding a substantial portion to over 2.5 million signatures already obtained.

The referendum should contain two questions. The first question is: "Are you in favor of maintaining the current system of financing or operation of the National Forests specified in the Act of 28 September 1991 on the National Forests, which protects the existing role of the company in meeting the needs of the nation?" The second one: "Are you in favor of the government commitment to the urgent renegotiation of the EU Accession Treaty with regard to free trade in land for foreigners in Poland, given that the position of the government to amend the Treaty should be the following: the purchase of Polish land by foreigners will be possible from the year, where the purchasing power of the average salary of the Polish citizen will reach a minimum of 90 % of average purchasing power of residents from five richest countries in the European Union?" The PiS also calls for a parliamentary debate on the future of Polish forests and agricultural land. (9)

In conclusion: Although the PiS’ initiative is correct yet, the provisions of that document remain open for statistical data manipulations while more reliable safeguards exist. First and foremost, however, the project fails to address another paramount issue: simultaneous renegotiation of so called “climate deal”, which, creates “a clear and present danger” to the strategic sectors of economy. In this context, the State Forests’ sustainability and ecological impact on climate should be an integral part of such agreement.

In terms of threatening Poland’s national interests, actions of the ruling coalition and its post-communist allies speak for themselves. At this stage, the future of Poland’s State Forests and agricultural lands is of outmost importance. There is an urgent need to renegotiate the EU Accession Treaties regarding the selloff of Polish lands.