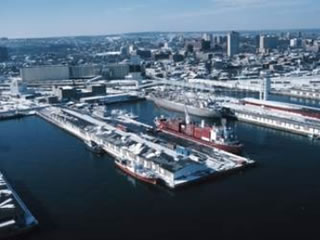 The latest post by prof. Andrzej Kaźmierczak, published on blogAiD

In autumn of each parliamentary election, the nation is bombarded with information praising the success of our macroeconomic policy. The official statistics show the drop in unemployment figures, the raise in salaries and levels of production and retail. New investment strategies are proposed and promises of opening new community facilities are made. Suddenly, it is possible to pass a law to protect Polish land from being snatched by foreign buyers or even to stop the predatory privatization of the state-owned property. The pre-election propaganda in the mainstream media could convince anyone that a major economic miracle is happening in Poland.

However, this “thriving” Polish economy does not stop nearly half of young Polish citizens from wanting to leave the country. The research by the Polish Association of Personnel Management shows that 48 percent of educated young people consider emigration once they graduate.

Lack of jobs is not actually the main reason. It is more to do with the fact that Polish companies have much less to offer their young employees than their western competitors. Western employers provide more development opportunities and better chances of achieving a balanced work and family life.

Increasing poverty among the working class is a bewildering development in Poland. The working wages are on such a low level that they do not cover living expenses, other than the very basic biological needs, essential to stay alive and carry on working. The definition of a decent salary is not known in Poland.

Starting one’s own business is an ordeal and owners of small businesses dream about secure employment, rather than about developing their businesses.

The recent Global Competitiveness Report 2014-2015, conducted annually by the World Economic Forum, assesses the competitiveness of worldwide economies. Poland’s position in this ranking was 43, which is a drop by one place in comparison to last year. Latvia, Lithuania, Mauritius, Azerbaijan, Czech Republic, Indonesia, Chile and Thailand were ahead of Poland in the ranking. Poland is still considered a developing market.

Poland’s decline in the ranking of international competitiveness is not accidental. The report points out a poor state of Poland’s employment market, as well as its lack of stability, flexibility and the inability to utilize employees’ qualifications. Poland’s 72nd position in the ranking of economic innovativeness is shocking. Our country remains well behind when it comes to companies’ spending on the research and development, as well as new technologies. In the innovativeness ranking Poland is behind such underdeveloped countries as Cameroon, Ivory Coast, Macedonia, Thailand, Oman, Ghana, Bahrain, Azerbaijan, Montenegro, Senegal, Zambia and other countries that we would consider underdeveloped.

We can stop dreaming of joining the G20 group (a group of 20 most developed countries in the world). We all know that our situation is not good. However, this doesn’t justify the recent deterioration of Poland’s worldwide competitive position, considering the huge EU budgetary funds Poland received between 2007 and 2013.

Polish people will not be fooled by the pre-election’s false, rosy image of an economic miracle, because they know too well the ruthlessness of the government. The mainstream media, encouraging this pre-election propaganda of success in the style of the Gierek decade, should know better and show some decency.