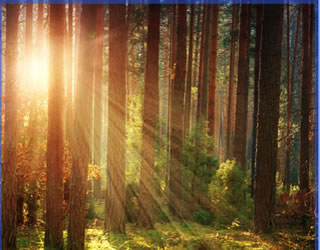 This matter is a bit forgotten, but in the context of the massive Israeli defamation campaign against Poland supported by actions of American media and politicians ("Law 447"), it is worth recalling the secret note of the US ambassador to Poland from 2009, which was disclosed by Wikileaks. According to January 23, 2009 note of US Ambassador to Poland V. H. Asche, the Polish authorities wanted to sell national forests and valuable real estate belonging to the State Treasury in order to pay Jewish restitution claims. However, in order to sell national forests, it was necessary to change the Constitution. Despite their best efforts, the PO-PSL government was unable to do so.

According to information disclosed by WikiLeaks, in January 2009, the US ambassador to Poland - Viktor H. Ashe - sent a confidential report to the US Department of State, in which he summarized the meeting with then the Speaker of the Polish Sejm, Bronisław Komorowski. The two officials discussed, among other things, the question of restitution for Jewish property confiscated or destroyed by the Germans during World War II and subsequently nationalized by the Soviet pupets through Bierut's decrees. The note clearly shows that the Polish authorities planned to sell valuable real estate owned by the State Treasury as well as national forests in order to obtain funds to satisfy Jewish demands.

"Regarding the regulation of the restitution of Jewish property lost during World War II and the communist era, Komorowski expressed concern about the financial crisis, which he said changed circumstances somewhat. Nevertheless, he said that Prime Minister Donald Tusk intends to force unruly ministers, including agriculture and environmental protection ministers, to “contribute to the compensation” by selling national forests and valuable real estate, says a note sent to the US State Department.

In the context of the above note from January 23, 2009, it is worth recalling what happened shortly thereafter. In June 2009, an international conference on Holocaust era restitution was held in Terezin in the Czech Republic with representatives of 46 countries participating. Władysław Bartoszewski represented Poland. The conference focused, inter alia, on the issue of payment for real estate that belonged before the war to Jews who were killed by the Germans during the Holocaust. The conference ended with the adoption of the so-called Terezin Declaration - a document that had no legal force in international relations, but stated that the problem of restitution of Jewish property from before the war still exists, and the participants of the Conference will do everything in their power to implement the relevant regulations in their legislation, which should solve, among others, the problem of Jewish claims to the so-called heirless property.

As confirmed by the note from the meeting of Bronisław Komorowski with the US ambassador, disclosed by the WikiLeaks, i.e. the sale of national forests belonging to the Polish State Treasury, commentators of political life in Poland claim that the first step to implement these arrangements was ... the amendment of the Polish Constitution.

Let us remember that on December 17, 2014, the amendment of the Polish Constitution was suddenly and unexpectedly placed on the agenda of the Sejm. The authors of the project wanted to add to the Polish Constitution the following article: "Forests owned by the State Treasury are not subject to ownership transformations, except for cases specified in the law." The key words here are "except in the cases specified in the law." This "legal trick" would give a wide range of possibilities. For nothing would prevent the adoption of a law in which the sale of specified national forests would be made possible.

The key vote on this amendment was held on December 18, 2014 at 0:45 AM. Making changes to the Constitution required super majority of 296 votes. It turned out that only 5 votes were missing to divest Polish precious resource such as national forests. Members of PO, PSL, SLD and Ruch (Palikot) voted for the change. PiS and Solidarna Polska members voted against this amendment.

The nightly attempt to change the Constitution was of course completely concealed by almost all media in Poland. It is worth recalling that it was the time when the entire mainstream media system was totally monopolized and fully controlled by the governing coalition PO-PSL.

In 2018, the PiS government presented the so-called "large re-privatization law," which did not comply with demands of the Terezin Declaration. This law was to settle once and for all financial matters of compensation for property illegally taken over by the Germans and then nationalized by communists. The project provided, inter alia, for limiting the right to inherit claims only to the immediate relatives of primary owners in a straight line such as children and parents and specifically excluding any payments for the so-called heirless property to Jewish organizations for purposes other than support of Holocaust survivors.

Soon after a draft of the "large re-privatization act" appeared on the agenda of the Sejm, the world media began to spread fake news about the "march of 60,000 fascists" on November 11 and framing Warsaw as the "capital of European Nazism." In many Western media the story of four neo-Nazis from the forest near Wodzisław was pushed as headlines without any restraint, as if they were at least a real threat to the functioning of the state. A few days later, Israel launched an international defamation operation, which claimed that Poland not only denies the Holocaust, but in fact was its co-perpetrator. In only one day, January 27, 2018, the criminl and defamatory term "Polish concentrtion camps" appeared in the electronic media 25 million times within 11 hours.

The result of this strike against Poland was such that the governing PiS coalition not only withdrew already adopted amendments to the Act on the Institute of National Remembrance penalizing the term “Polish concentration camps,” but first and foremost threw into the trash the draft of “the large re-privatization act," that prohibited payments for heirless property. This fact was not publicized by the media at all.


Is this the end of the Polish-Jewish dispute? I do not think so. In this context, I would not be surprised if the concept of extortion outlined in the 2009 memo to the US State Department from the discussion between Bronisław Komorowski and the US ambassador would soon return.