The Coup Suspect is a Russian Spy 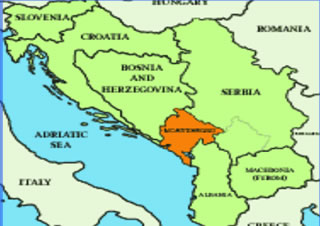 The prosecutor of Montenegro for organized crime Milivoje Katnic has accused Russia and its intelligence agents of involvement in the conspiracy to kill the Prime Minister of Montenegro Milo Djukanovic on the eve of parliamentary elections in October of 2016.

One of these agents was Eduard Szyszmakow aka Shirokov, who served at the military attaché of the Russian embassy in Warsaw. In 2014, he was expelled from Poland with a group of Russian diplomats for spying.

Katnic stated that the goal of the plot was to help the opposition to topple its pro-western government and thus prevent Montenegro from joining NATO. According to current plans Montenegro is to join NATO in May 2017.

This matter, which was taken up by investigative authorities following evidence given by remorseful and cooperative co-conspirators Mirko Velimirovicia and Aleksandar Sindjelicia, has led to the arrest of around 20 Serb nationals in Montenegro.

Quoting sources close to the investigation, the British newspaper "Daily Telegraph" reported that a few months before the planned date of the attack, Szyszmakow and Vladimir Popov, both officers of the Russian military intelligence agency known as the GRU who are currently wanted by Interpol, came to Serbia, where they gained access to large sums of money and mobile phones with protection against surveillance.

Sindjelic was chosen to lead the planned action. He testified that he was dragged into the plot by "two Russian nationalists" whom he met in eastern Ukraine. Sindjelic gave Velimiroviciow 30 thousand Euro for the purchase of 50 rifles and three boxes of ammunition.

The attackers planned to storm the parliament and kill the Prime Minister during the course of a rally of the pro-Russian opposition party, the Democratic Front.

Around 20 people were arrested on the eve of the October parliamentary elections. The prosecutor said that the plotters were to mingle with protesters outside the parliament building in the country’s capital, Podgorica, as the election results were to be announced.

At a given signal, the conspirators would have forced their way inside and, in the confusion, colleagues dressed in police uniforms would have also opened fire on the crowd “so that citizens would think that the official police are shooting at them”, Mr Katnic told the British Telegraph.

“Had it been executed, such a scenario would have had an unforeseeable consequence," he said.
It is alleged that the plotters would also have shot dead Mr Djukanovic.

Velimirovic came to the conclusion that he could not participate in such a bloody venture and turned himself into police.

Representatives of the Kremlin and the Russian Foreign Ministry described the claims of the Montenegro prosecution as unfounded and unsubstantiated. “Russia does not interfere in the internal affairs of other countries,” said the Kremlin spokesman Dmitry Peskov.