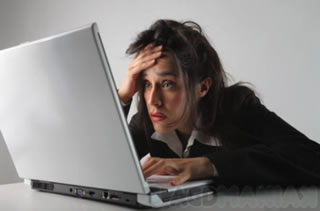 Dorota Kania, a journalist with Gazeta Polska, discusses her article on "the Lithuanian operation," dirty games of some diplomats towards late President Lech Kaczynski, and an allegedly predetermined tender for renovation of Tupolev that crashed in Smolensk.

There is sufficient evidence to allege that the 2009 tender for the renovation of Tu-154M airplane that crashed in Smolensk on April 10, 2010 was predetermined, reported "Gazeta Polska." The Military Counterintelligence Service (SKW) reported this matter together with the allegations of irregularities in the SKW activities in connection with the tender and renovation of Tu-154M to the prosecution office.

As reported by the weekly "Gazeta Polska," the foreign policy of late President Lech Kaczynski was of particular interest to both, the Foreign Minister then in office Radoslaw Sikorski and the special services. This special interest was not related to the security of the head of state. The goal was to marginalize the significance and impact of Lech Kaczynski on foreign policy of Poland. A visit of President Kaczynski to Vilnius on April 8, 2010, was under special supervision. It is because of this visit that President Kaczynski had to change his plans and fly to Smolensk instead of taking a train.

“He decided to fly by plane to Smolensk because he had to fly to Vilnius to meet with Mrs. President of Lithuania on April 8. This meant that he could not take the train with the families of the Katyn victims,” said his twin brother Jaroslaw Kaczynski in the July 2010 interview for "Gazeta Polska."

Kania noted that all these issues show that the circumstances of the Smolensk disaster have not been clarified to this day.
“These two cases show how much needs to be still investigated and explained with respect to the Smolensk catastrophe. How many issues and circumstances have not yet been explained? The latest revelations are the result of the audit work performed by special services under the new administration. Smolensk team led by Antoni Macierewicz already showed some irregularities, but now, with better access to the relevant documentation, we can say with certainty that the irregularities existed,” Kania explained.

Furthermore, there is a serious suspicion that the 2009 tender for the renovation of the Tu-154M that crashed in Smolensk on 10 April 2010 was prearranged.

Peter Baczek, the current head of SKW, announced that the SKW notifies the prosecution about the errors and omissions of the previous leadership of SKW with respect to the Smolensk catastrophe. He would not reveal details but according to Kania the notification includes testimonies of people directly familiar with the matter of this tender.

One of the witnesses testified that six months before the tender representatives of Polit Elektronik knew that they would win the bid for the renovation of Tu-154M that crashed in Smolensk. A few weeks before the formal decision was announced, on February 22nd 2009, representatives of Aviakor from Samara and the "Saturn" plant from Rybińsk (the future Russian contractors and subcontractors for repairs of Tu-154M) signed an agreement with a representative of Polit Elektronik. The company at this stage cooperated with the final - as it turned out - contractors for the overhauled works. For this renovation Poland paid huge amount of money. “It was the contemporary equivalent of the new aircraft of the same class as the Tupolev,” Kania reported.

Investigators also reviewed the case of a Polish army officer who, on behalf of the army, went in 2009 to Samara and approved the reception of Tupolev after the renovation that Polit Elektronik commissioned with the Russians. In early 2011 Lt. Col. Miroslaw Dożynko left the Air Force Command, moved to the reserve, and in 2013 became Vice President ... of Polit Elektronik.

Concerns are also raised with respect to SKW counterintelligence protection of the tender as well as the unconditional approval of the Tu-154M renovation. After returning from Samara, the Tu154M was notoriously breaking down. Particularly noteworthy is the fact that only one soldier was sent to Samara. His role was to observe and inform about the course of only that part of the renovation, which was carried out in Samara. No one oversaw the repair of Tupolev’s engines carried out in Rybinsk. More exactly, the engines were renovated in the "Saturn" plant controlled since 2009 by Sergei Chemezov - a former KGB agent and a close friend of Vladimir Putin, with whom the President of Russia worked in the 80s in the GDR.

Polit Elektronik was a part of the MAW Telecom consortium that won the tender for renovation of Tupolev. The consortium commissioned Aviakor plants in Samara for the renovation of Tu-154M aircraft. The Aviakor plant was controlled by Oleg Deripaska, a friend of Vladimir Putin. The Polish Minister of National Defense at that time was Bogdan Klich, while a person supervising the secret services was Prime Minister Donald Tusk.

"Gazeta Polska" frequently wrote about the Polit Elektronik. The company is better known in Russia than in Poland. It cooperates closely with Russian companies such as Aircraft Corporation "MiG" owned by the Russian Federation. At the time of winning the tender for the renovation of Tu-154M, the company didn’t even have a website and was not registered in the Polish Court of Register.