Lady with an Ermine awakened the Bolsheviks 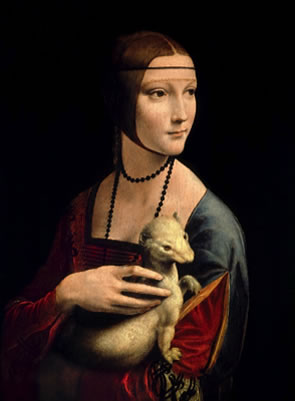 27 years after the fall of communism, radical left returns to the slogans under which the Bolsheviks decimated the Polish elites in the twentieth century. Perhaps it is time for discussion about justice in Poland?

The debate, which broke out following the purchase by the Polish Ministry of Culture of the art collection from the Czartoryski family, was very surprising for many observers. Yes, some decisions of PiS can be considered controversial, but this decision was one of the best, and thanks to it the Minister of Culturem Prof. Piotr Glinski probably go into the history of Polish museums.

Abroad, the foreign media has been writing a lot about a great decision that the Polish government made by buying such a priceless collection. But in Poland, hysteria broke out. After purchasing the "Lady with an Ermine" stanch communists joined the traditional critics of Law and Justice. The party “Razem,” produced materials, in which they expressed outrage that the state pays aristocrats for the collection that they originally acquired from profits obtained through toil of serfs. "The descendants of peasants never received compensation for years of serfdom "- they wrote.

The head of "Political Critique" Sławomir Sierakowski spoke in a similar vein. In a debate on Radio TOK FM, he argued with the author of this text, returning to the serfs. “Our ancestors lived like animals,” he argued and suggested that the state should nationalize this collection instead of paying the descendants of Czartoryski aristocrats 100 million euro.

This is quite a surprise that so many years after World War II, during which the lion's share of the Polish elite was exterminated, after inhumane treatment of former landowners in the post-war Stalinist Poland, after the "land reform" which robbed them from everything that was left after the war, and finally now, 27 years after the fall of communism in Poland, there are people who do not have a problem with the proclamation of the Bolshevik mantras, under which the Polish gentry was decimated in the twentieth century. After all, the communism was to be the remedy to compensate the masses of workers and peasants for centuries of real and alleged exploitation. We all know too well what the consequences of this remedy were...

But such neo-Bolshevik voices could be heard earlier. Similar comments were made when the property restitution scandal broke out. The left concluded that the problem is not irregularities in the process of returning the confiscated properties, but rather the very fact that the properties were being returned.

But it is naive to be surprised here. The problem is not only that after 1989 Poland has not regulated the ownership of property seized by occupying fascists and communists, but rather that it did not carry on any broad discussion on this issue. As a result, today we have a situation in Warsaw where the Bierut Decree still governs ownership relations because an obscure agrarian reform decree from 1944 has not been repealed.

That's right, today the real reprivatization is probably impossible. It is impossible to repair the injustices of the past, without doing injustice today. But maybe it's time for a discussion on how we imagine justice in our country?