The Kremlin’s propaganda offensive. Here is the proof! 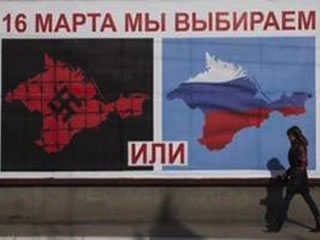 Although for a long time already nobody seems to have any doubts about the mobilization within the Russian propaganda machine, the problem has become significant enough to be investigated by the international organizations dealing with the media monitoring.

Among others, the Polish Domestic Radio and Television Broadcast Council (Krajowa Rada Radiofonii i Telewizjii) has presented its own analysis at the Eastern Media Partnership Conference, in Riga, Latvia.

As the WirtualneMedia.pl portal reports, the analysis pertaining to the condition of Russian media was conducted by: MEMO 98 from Slovakia, Internews Ukraine, Press Club Erewan from Armenia, Center for Independent Journalism from Moldova, Reporters Union "Jeni Nesil" from Azerbaijan, Byelorussian Reporters Association, and the Georgian Chart for Reporters Ethics. The document was prepared with the support of the Secretariat of the Eastern Partnership of the Civil Society Forum - (Sekretariat Forum Społeczeństwa Obywatelskiego Partnerstwa Wschodniego)( (EaP CSF), European Endowment for Democracy - (Europejski Fundusz na Rzecz Demokracji) (EED) as well as the Polish Domestic Radio and Television Broadcast Council - (KRRiT).

After a thorough examination of the information and documentary programs broadcasted in 2015 in the main channels of the Russian state television, it was determined that extreme fact manipulation techniques were being used. Many times, the broadcast contained information that was simply not true.

The WirtualneMedia.pl portal reports that eight TV channels were monitored (Channel One, Russia 1, NTV, Russia Today, TV Rain, Euronews with the service in Russian, RBK and the First Baltic Channel).

The analysis shows that the TV presenters and journalists were very often biased and that they blatantly breached the rules of journalistic objectiveness. The documentaries and interviews were dominated by the opinions of the representatives of the Russian government, who vividly defended the Kremlin standpoint. Very often, the images and the soundtracks were also manipulated, so as to prove the assumed argument.

The Russian media mostly concentrated on showing Ukraine as a bankrupt country, and the European Union was shown as an instrumental puppet of the USA.