Jan Żaryn: The Church in Poland and the Events of March 1968 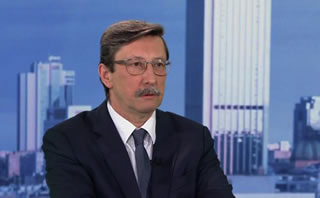 Analyzing the position of the Polish Bishops' Conference, we should notice the distinction it made between justifiable criticism of the regime for its approach to university students on the one hand and the Catholics' improper interference with disputes taking place within the communist party on the other, observes Prof. Jan Żaryn in his analysis of the attitude of the Church in Poland to events of March 1968. Prof. Żaryn recalls Cardinal Stefan Wyszyński’s statement made at that time: "We cannot follow rash suggestions, nor can we side with this or that faction."

The events of March 1968 were triggered by the decision of the communist regime to discontinue the staging of Adam Mickiewicz's play Forefathers' Eve in the National Theater in Warsaw; the audiences read the performance through the prism of the then events, i.e. through the Soviet domination of Poland. Opposition to the censorship of the authorities and to their deceitful propaganda was expressed primarily by young Poles. These were mainly - but not solely - students from major academic centers as well as from smaller towns of the Polish province.

The protest of the young generation spread throughout Poland. The rally in defense of relegated students held on 8 March 1968 in the yard of Warsaw University came to be known as its symbol. The demonstration was brutally cracked down on by police and reserve volunteer police troops (Polish ORMO).

The protest of university students coincided with a purge in the communist party and state administration. Targeting people of Jewish origin and spearheaded by a group of Polish communists, it had been going on since 1967. As a result of the anti-Jewish campaign, a convenient pretext for which was the Soviets' siding with the Arabs during the war against Israel, in the following few years the Polish regime expelled nearly 20,000 Poles of Jewish extraction. This figure included, notwithstanding what the propaganda maintained, not only the communist criminals from Stalinist times, but also their entire families.

Both the young people and the victims of anti-Jewish repressions in the party were supported by a large part of the intelligentsia, contesting First Secretary Gomułka and his team for what they saw as a "departure from the ideas of October 1956" as well as for suppressing culture and the freedom of speech.

The position of the Polish Episcopate

Analyzing the position of the Polish Bishops' Conference, we should notice the distinction it made between justifiable criticism of the regime for its treatment of university students and the Catholics' infelicitous interference with disputes taking place within the communist party. "We cannot follow rash suggestions, nor can we support this or that faction," explained Cardinal Wyszynski in April 1968 at a meeting of the Main Commission of the Polish Bishops' Conference.

The following month, during a meeting with the deputies to Polish Parliament of the "Znak" caucus, Cardinal Primate went as far as to say that the caucus "must amend its political agenda, cutting itself off from cosmopolitanism and stressing healthy nationalistic tendencies [in the nation, not in the party]". He emphasized, of course, that he meant "healthy Polish nationalism, not chauvinism or fascism." According to Primate Wyszyński, the then intra-party tug-of-war had to be taken advantage of with a view to strengthening the right of all Poles to be exposed to Polish culture. Polish bishops analyzed the situation in March 1968 not so much from the perspective of an ad hoc political agenda, but keenly mindful of the long-term interest of the nation, of which they were the actual exponents and defenders.

The bishops assessed the March events mainly through the prism of defending endangered human rights, namely the rights of the young people participating in the rebellion: "A rubber truncheon is never an argument in a free society; it connotes very badly and mobilizes the public opinion against the established order," wrote the bishops on 21 March 1968 in a letter of protest to the Polish authorities. In a letter to the government, handed over to Prime Minister Józef Cyrankiewicz, the Polish Episcopate made the following demands: free young people detained in prisons and detention centers; discontinue the highly stringent methods of punishment and investigation, the gravity of which had leaked to the public; make sure that the press should inform public opinion truthfully, or at least abstain from interpretations of the events that irritate young people and the entire society; make sure that the law-enforcement authorities do not use outdated repression measures, much discredited in the memory of the Polish nation.

A few days later, in a message adopted by the Conference of Polish Bishops read out on Sunday 31 March 1968 in the churches of all academic centers throughout Poland, it was made clear that: "The use of physical violence does not offer real solutions to tensions between individuals or between social groups. Atrocious violence is a violation of human dignity and, rather than helping to maintain peace, it tears open painful wounds."

Bishop Ignacy Tokarczuk stated bluntly in a conversation overheard by the secret police that "the students put forward slogans that the bishops can relate to." Archbishop Bolesław Kominek pledged that "on the side of the Church, we extend our hands and feel for the young generation and for these new ideas, because this is fresh, this is ours, not retroactive or backward."

The discussion concerning Polish youth was continued at the meeting of the Main Commission of the Polish Bishops' Conference held on 19 April 1968: "It seems that we should get involved in these ongoing matters, especially when it comes to young people, whom we care for much more than they [the authorities] do; yet we will get involved on our level of morality and doctrine rather than politics," emphasized Archbishop Kominek. During the discussion, the bishops addressed moreover the anti-Polish statements made in the West. Some of these allegations were made by those who had only recently upheld the communist regime in the People's Republic of Poland: "Certain circles want to ascribe anti-Semitism to the [Polish] nation, which is why the bishops must take a stand. Poland has never been anti-Semitic," observed Archbishop Antoni Baraniak.

In the pastoral letter of the Polish Episcopate commemorating the 50th anniversary of the Rebirth of Poland, adopted on 18 September 1968 in Jasna Góra Shrine, making no overt references to the events of March that year, the bishops stressed unequivocally that freedom is "a precondition for the development of the nation (...) It is the good shared by those who can participate in it as truly free people, exercising all their civic rights in their own state, without facing restrictions and hardships."