Is Russia aiming at annexing Belarus while Europe deals with refugees? 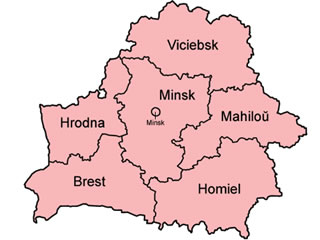 Will Belarus share Crimea’s fate? It is a probable scenario considering the latest actions of Vladimir Putin, who, without Alexander Lukashenko’s consent, has signed a decree on building an air base in Belarus.

While the EU is struggling with the immigration crisis, the Russian president has been moving with his plans potentially dangerous for Poland and the rest of Europe.

As Russia’s Prime Minister Dmitry Medvedev informed, building the air bases on the territory of Belarus is an attempt to secure the western side of the “Union State” (Russia and Belarus). The document signed on September 18, states:

“The Russian Ministry of Defense and the Ministry of Foreign Affairs will conduct talks with Belarus and after reaching an agreement will sign a decree on behalf of the Russian Federation.”

“A document does not anticipate a situation in which Belarus would not allow for building the air force base,” reports Newsweek.

Russian historian Prof. Yuri Felshtinsky emphasized the lack of any official or unofficial documentation regarding Alexander Lukashenko’s response to the proposed decree before Putin signed the decree. If any negotiations took place, they were kept in secret.

It remains unclear who initiated the idea of the Russian air bases in Belarus, or where they would be located. According to unofficial data Felshtinsky obtained, Baranovichi (in the Brest Region) and Lida (the Grodno Region) have been considered, and the bases would be equipped with the Su-27 fighter aircrafts. Both cities are close to Polish borders.

Another option is Babruysk (the Mogilev Region in central Belarus), where armored vehicles and heavy artillery were used to kept during the times of the Soviet Union.

Babruysk was the idea of Russian Minister of Defense Sergey Shoygu, who wanted to deploy there 12 Su-27 fighter aircrafts, 2 training aircrafts and several Mi-8 helicopters, from 4 different military units.

Other than the fighter aircrafts, Russia will supposedly send 4 surface-to-air, anti-ballistic missiles S-300 to Belarus.

“This means that Lukashenko signed his own death warrant, because the military equipment deployed to Belarus will be followed by Russian soldiers, who will try to overthrow Lukashenko, if Crimea scenario is to be repeated,” says Prof. Felshtinsky.

The Reuters also reported that Putin’s another plan is to build a large military base near Ukrainian border.

The base will be equipped with heavy artillery and 5 thousands soldiers will be stationed there. The base will be located further to the east from the base built in the Belgorod Region, but close to the border with the part of Ukraine, which is under pro-Russian separatists’ control and remains a war zone. The Reuters added that Russian bases are a part of the Russian plan to expand Russia’s military potential “along the new line of confrontation with the West, running from the Black Sea to Baltic.”

According to Reuters, the Russian defense aims to transform old military warehouses in Boguchar (in Voronezh Oblast) into a major base with numerous buildings and facilities for 1,300 armored vehicles and ammunition. The space of the barracks will be large enough to house 5,210 soldiers. The base will be located 45 km from the Ukrainian border and will include missile warehouses, a hospital, swimming pool, and a large training center.