How Civic Platform Persecuted the Opposition 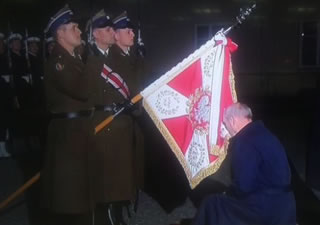 At least several dozen unlawful surveillance operations conducted within the last seven years were aimed at the politicians and experts of the Law and Justice Party (“PIS”), as well as journalists of the opposition press, such as Gazeta Polska, wSieci, Do Rzeczy and Nasz Dziennik. Officers of Polish intelligence and security services who are aware of a wide scale of these operations claim that the Sejm (Parliament) should appoint a special commission to investigate the matter, and to conduct a thorough audit of illegal activities taken against the opposition journalists and politicians by the government of the Civic Platform (“CP”).

The plan of operations to illegally surveil the opposition was almost always the same. Either a civil or a military prosecutor was notified of a trumped-up crime. They in turn referred the case to either the ABW (Polish Internal Security Agency), SKW (Military Counterintelligence Service) or - after Donald Tusk dismissed Mariusz Kamiński and his entire team in September 2009 – to the CBA (Central Anti-Corruption Bureau).

The agency conducting the operation would obtain a warrant to intercept communications or to conduct surveilance. “This was an illegal surveillance of the opposition politicians,” claim informers. Gazeta Polska journalists confirmed the information about the undertaken investigations with civil and military prosecutions. Although the operations were not strictly conducted against the individuals, the fact remains that a simple notification was enough for security services to begin their operations.

The investigated individuals were, among others, Antoni Macierewicz, current Minister of Defense, Piotr Bączek, current SKW Chief and his closest associates, current Minister coordinating intelligence and security services Mariusz Kamiński, and his staff. Most investigations were carried out at the time Krzysztof Bondaryk was in charge of ABW. During his tenure, ABW officers carried out operations concerning opposition politicians and journalists as part of the investigation trumped up by the prosecution.

As Gazeta Polska found out, the intelligence services were busy destroying the evidence from the moment Andrzej Duda became the President, and right until the moment PIS won parliamentary elections. The destroyed documents first included all the surveillance operationtional cases because they were not needed any more. The real reason, as our informers say, was to conceal the surveillance of the opposition politicians and media. The fate of the operation control files for the opposition politicians, and their advisors, remains unclear. The destruction of those files would be a criminal offense of concealing illegal surveillance because the operation control files are used for recording all activities undertaken by the intelligence services with regards to an individual.

It could be assumed that conducting these surveillance operations illegally was one of the reasons for destroying the files. This conclusion is supported by the fact that the military services conducted operations relating to civilians in violation of the law.

It will be possible to make a list of the destroyed surveillance operations’ cases, as their names and codes appeared in a protocol of the missing files. According to the information obtained, the destroyed documentation included recorded conversations of the investigated individuals. It is worth mentioning that some of the cases were carried out for unjustified reasons, e.g. based on an opposition newspaper’s article about one of the intelligence chiefs. This would be a good enough reason for that chief to order the subordinates to begin an investigation in order to find a source of the alleged leak.

Hunting for Politicians and Journalists

The opposition politicians were not only investigated, but they were also subject of operations conducted exclusively by intelligence services. A code name for one of such operations was “Family” and it was aimed at the PIS politicians and their appointed experts, who dealt with operations of military intelligence services. Among those targeted by the intelligence services was Antoni Macierewicz, Bartosz Kownacki, who is the current deputy minister at the Ministry of Defense, Piotr Bączek, Andrzej Kowalski, who is the current Chief of Military Intelligence, Marek Opioła, the PIS MP and current chairman of the Sejm Commission for Intelligence Services, Marcin Gugulski and Mariusz Marasek. The intelligence officers knew the whereabouts and contacts of their targets. Journalists who were in contact with the targets were also investigated. The intelligence documentation includes the names of journalists working for Gazeta Polska, Do Rzeczy, W Sieci and Nasz Dziennik.

The SKW operations were run at least from 2011. The SKW also delegated operations to the CBA. The targets of those operations were politicians, their assistants, advisors and attorneys who worked with them. The SKW and CBA officers carried out surveillance of the politicians and their assistants, obtained their phone billings and analyzed their geo-location. As part of the investigation, the officers accessed data from the PESEL system (Polish Universal Electronic System for Registration of the Population), the National Center of Criminal Information, and even the Central Register of Vehicles and Drivers.

Warsaw’s District Military Prosecution, notified about the illegal surveillance, initiated confidential investigation, but did nothing to explain the illegal process and failed to prosecute individuals involved. This lack of response allowed the SKW officers, who participated in the operation, to begin concealing evidence. Eventually though, the investigation was closed, and the evidence unambiguously indicated that the illegal surveillance was carried out to prove a crime.

Hunting for a make-believe crime

Intelligence services conducted operations in order to prove that Antoni Macierewicz and his associates acted against the law between 2005 and 2007.

One of the most nefarious investigations aimed at the Commission for Verification of the members of the WSI (KGB-linked, Communist Military Information Services) and the so called “marshal scandal.” The investigation was initiated when a deceitful news broke out that the classified annex to the WSI Verification Report prepared by the Verification Commission led by Antoni Macierewicz was allegedly sold on the open market. Under the guise of searching for classified documentation, the ABW officers searched houses of Piotr Bączek, current head of SKW, and Leszek Pietrzak, member of the Verification Commission. The ABW operations related to an alleged disclosure of the classified annex’s content to a joint-stock company Agora at an unspecified time and place, but no later than 20 November 2007; an exploitation of the WSI Verification Commission’s influence between January 2007 and 21 November 2007; and mediation in order to achieve a positive verification outcome for Colonel Leszek Tobiasz in exchange for remuneration of 200,000 PLN. It was later proven that the alleged sale of the annex never took place and was an ingenuous reason to trigger an investigation and to conduct operations against the Verification Commission’s members.

The Hunt for Macierewicz

Investigations in which Macierewicz was suspected of committing a crime involved various tradecraft methods and means, aimed at discrediting Macierewicz and his associates. The primary source of notifications to the prosecutions were the WSI officers subject to verification. Their main reason for notifications was “a disclosure of classified information.” In order to charge Mr. Maciereiwcz, the current Minister of Defense, Krzysztof Kuciński from Warsaw’s Appeals Prosecution used illegal methods, which involved intimidation of Dr. Sławomir Cenckiewicz and other witnesses, e.g. historian Tadeusz Witkowski, member of the Verification Commission.

“Prosecutor Kuciński should know that the Verification Commission had nothing to do with the preparation of the WSI Liquidation Report. The Verification Commission was active from August 2006 until June 2008 and was appointed by the Parliament for an entirely different reason. Its task was to examine documentation regarding former soldiers and officers of the [KGB-controlled] WSI, who applied to serve in newly set up intelligence services […]. I am not the only one of former or present associates of Antoni Macierewicz, who has recently been interviewed regarding fictional offenses committed by my colleagues. I presume that other Commission’s members have also complained to the Prosecutor. According to my information, some of the Appeal Prosecutors use methods reminiscent of Stalin’s practices. I know that Prosecutor Kuciński insulted my colleagues and behaved in a provocative and arrogant manner towards them during interrogations,” wrote Tadeusz Witkowski in his 2013 complaint to the General Prosecutor Andrzej Seremet. The final investigation regarding the alleged crime committed by Antoni Macierewicz was eventually closed. Judging by the number of investigations involving the current Minister of Defense, it is clear that he was particularly targeted by the post-communist intelligence services. So keen were the civil and military services to prove Macierewicz’s guilt, that they exchanged operation files in order to gather as much information as possible. Despite such wide-scale coordination efforts between the services, and so much effort of the CP ruling coalition to eliminate him, there is not a shred of evidence that Antoni Macierewicz committed any sort of a crime or offense.