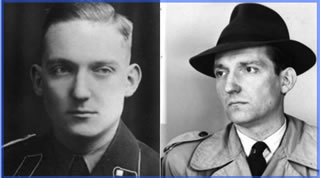 The SS death commando went in 1941 from town to town, acting according to the same pattern. At the end of June Wizna, July 5 Wąsosz, July 7 Radziłów, July 10 Jedwabne, later in August Łomża, about August 22 Tykocin, September 4 Rutki. Hermann Schaper connects them all.

In Poland, this figure is virtually unknown. Meanwhile, according to Thomas Urban, a historian and long-term correspondent of the daily "Süddeutsche Zeitung" in Warsaw, Hermann Schaper directed the "liquidation of Jews" in Jedwabne.

Urban objects to the claims by J. T. Gross that the Germans left free hand to the Poles during the Jedwabne murder. He recalls the research of the counselor of the Opitz District Court, which dealt with the matter of "extermination of Jews" in the district of Łomża, based on the statements of SS members and memories of Jewish survivors. He determined that the action against the Jews was carried out by Einsatzkomando SS Zichenau (Ciechanów) -Schröttersburg (Płock). They implemented the order to provide "a vacuum of police safety" in the region of Łomża and to make "a purge" - enigmatic names for the extermination of the Jewish population. German documents indicate that the death march of the Schaper commando was as follows: at the end of June Wizna, July 5 Wąsosz, July 7 Radziłów, 10 July Jedwabne, in August (without a specific date) Łomża, about August 22 Tykocin, 4 September Rutki. In addition, "Jewish actions" were undertaken in Zambrów and Borów.

Commissioner Schaper carried out the plan with iron consistency. As eyewitnesses point out, he directed "Jewish actions" in Radziłów and Tykocin. This is confirmed by documents obtained from Israel by the Opitz legal counsel - a report (reference number P. Ain. - 0189) of the investigating office for prosecuting Nazi crimes against the staff of the Israeli police. In Radziłów, the Jews were driven to the barn, which was set on fire. Schaper was on the market, issuing orders. Also in Tykocin, Schaper was recognized. There Jews were shot and Polish peasants were forced to dig pits. Examining the documents and protocols of counselor Opitz in Ludwigsburg, he concluded that Einsatzkomando Schaper was responsible for the crime in Jedwabne.

His report went to the prosecutor's desk in Hamburg and an investigation was launched against Schaper, who lived under the false name Karl Bielinski after the war. Although his false identity was exposed, he denied participation in crimes. The proceedings were discontinued. The prosecutor stated that although the survivors of Radziłów and Tykocin recognized Schaper as the leader of the action, the risk of mistake resulting from the erroneous recognition of the figure in the photograph was too great.

Even if Schaper supervised the gathering of Jews, it still does not prove that he knew that they would then be killed, let alone that he himself somehow participated in this killing, said the German prosecutor.

Urban concludes that it was a time when most German prosecutors did little to complain about the Nazi perpetrators. However, justice reached Schaper in 1974. He spent several months in detention after bars, but his attorney arranged a release for him and he appeared before the court as a free man. A court in the city of Giessen in Hesse has ruled that he, as well as four other members of the SS Zichenau-Schröttersburg commando, are guilty of "complicity in the murder of Poles and Jews." The main guilt was to be borne by their superiors, who were responsible for the creation of all regulations and legislation that legitimized such crimes.

Schaper was sentenced to six years in prison. However, his lawyer appealed arguing that Schaper cannot be accused of racial hatred because he claims that he had several Jews among his friends. And besides, he only carried out orders. This argument allowed Schaper and his lawyer to win before the Federal Tribunal in Karlsruhe. The Supreme Judges ruled that in the Schaper case, the court in Giessen had not sufficiently tested the "racial hatred" allegation and transferred his case to another penal chamber. The second trial, however, never happened, because Schaper's 68-year-old condition worsened so much that he was considered as not able to stand trial on the basis of a medical certificate.

Urban points out to another trail that constitutes evidence of German guilt: numerous rifle husks found at the scene of the crime. Of course the Polish peasants did not have such weapons at that time. Urban also unequivocally weakens Gross's revelations by saying: "Gross’ version that there was an agreement between the City Council of Jedwabne and the Germans regarding the murder of the Jewish population cannot be proved on the basis of witnesses' accounts because there was no city council in Jedwabne at all." The Germans reached for collaborators. The local elite did not exist because all Polish leaders were either already murdered or were deported by the Soviets.

Based on the reporting by T. Urban, it is clear that it were the Germans who invented the murder, planned it, organized it, directed it and finally completed the task with their weapons. 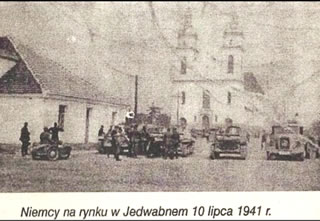