Why the Germans became "Nazis"? 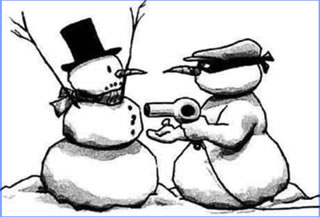 Since when did the Germans who committed terrible crimes during World War II began to hide under the enigmatic universal term "Nazis"? The behind the scene development of this clever trick was presented in the weekly "Sieci" in October 2016 by Wojciech Reszczyński. Today this key question "who were the Nazis?" remains valid more than ever. In a leading BBC reporting attacking amendments to the Polish IPN law the world “German” does not appear. It is replaced by the word “Nazis.”

The latest provocations about the Polish Nazis celebrating Hitler’s birthday widely reported in the West effectively formatted the Western opinion that the Nazis are the Poles. Hence, the groundwork was done for a spectacular culmination of the strategy to shift the blame for the Holocaust from Germans to Poles in order to humiliate Poland and demand huge compensation for the Holocaust from Poland. The word 'Nazis' skillfully and effectively replaced the word 'Germany', thereby German liability for the Holocaust was eliminated to the outside world. But where did the word “Nazi” come from? From the German abbreviation of the name NSDAP, the National Socialist German Workers' Party. At the head of more than 8.5 million members of NSDAP party stood the Nazi number one, Adolf Hitler. So "only" every fourth adult German was a Nazi, wrote Reszczyński.

On March 14, 1960, a historic meeting took place at the Waldorff Astoria hotel in New York. At the invitation of Ben Gurion, then Prime Minister of Israel, German Chancellor Konrad Adenauer arrived. As the German author Rolf Vogel writes in his book "Deutschland Weg nach Izrael", Ben Gurion told Adenauer that since "today's Germans are not yesterday's Germans," in Jewish prayer for the victims of German genocide during World War II the word "Germany" will be replaced in a word “the Nazis.” About details of this extremely instructive historical development writes Roman Rybicki, president of the Stefan Korbonski Foundation in the weekly "in the Cross-Struggle of History."

Since that meeting in 1960 the word “Nazis” replaces the word "Germany" in the political, media and cultural discourse on the Holocaust. Failure to observe this rule is perceived as a serious violation of the political correctness that has been developed over the years. This machine, behind which important political interests stand, turns out to be extremely dangerous weapon. As Roman Rybicki writes, American students when asked who the Nazis were, most often reply - the Poles! Is that considered an accurate understanding of Holocaust history that the US Holocaust Memorial Museum is so concerned about?