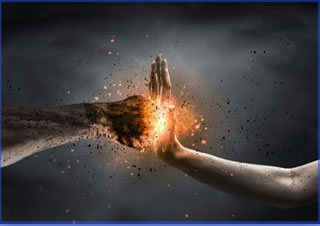 Formatting - this is the key word in the Russian info warfare according to a book "Disinformation" published in 2013 by the former head of DIE, the Romanian intelligence service, Mikhail Ion Pacepa. He fled to the United States in 1978. The book describes how the Soviet Union, and today the Russian Federation, is leading its most important diversionary activity in the West.

Its main objective is to format the way Westerners perceive key developments, issues or phenomena and politicians. There are many examples of successful formatting of the key issues by the Russians. For example a successful distraction from the Russian links in the 1943 crash of military B-24 plane in Gibraltar, in which General Wladyslaw Sikorski, the commander-in-chief of the Polish Army and the Prime Minister of the Polish government-in-exile was killed. His death has not been explained to this day. Another example of successful Russian formatting operation is the creation of a false image of Pope Pius XII as allegedly supporting Hitler's policy. Probably the most successful operation of formatting the public opinion in the United States is that related to the 1963 murder of President Kennedy convincing the Americans that it were the US Special Forces responsible for this assassination.

A large part of Pacepy's observations is related to activities in which he himself participated. Yes, he participated in the KGB operation code-named "Dragon". As Pacepa writes, in 1963, several days after the JFK assassination, the Communist intelligence services began an operation aimed at distracting the public opinion from Lee Harvey Oswald's collaboration with communist special services. The head of the Communist Intelligence of the USSR, Gen. Sacharowski, was to say in the conversation with Pacepe that the key thing was to quickly force the Soviet propagandists to write their own version of events that blamed the CIA before the United States could develop and release a different version of the events. How effective was this operation? We can see and judge it today - almost 50 years since this event! Among others, thanks to Oliver Stone's Oscar-winning film, the version of events that Khrushchev ordered is effectively rooted in today's Western public opinion. The same is true of General Sikorski's unexplained death.

The key to popularizing the opinion that the British special services were behind the killing of General Sikorski was the creation of a theater play titled "Soldiers" by German writer Rolf Hochhuth. The same man wrote the play "Lieutenant," whose main theme was the alleged support of Pius XII of the German Holocaust during World War II. According to Pacepa, the play was actually written by the KGB as part of a disinformation operation, and its promotion in the Western world was supported by agents of the Soviet intelligence services. The purpose of this action was to portray the Catholic Church as the institution responsible for Hitler's crimes.

According to Pacepa, exactly the same mechanisms allowed for building the support for Islamic terrorism in the intellectual circles today's European left. In his opinion this operation represents the greatest achievement of the Soviet diversionary operations because it led to the political divide between Europe and the United States.

The method of formatting opponents of Moscow described by Pacepa is also very relevant in the post-communist space. We find obvious footprints of the Russian formatting operation in the Russian narrative of the 2010 Smolensk crash that killed the President of Poland. Pacepa also refers to the Romanian judicial system. He writes that although his death sentence handed by the Communist regime was formally nulled, still in 2003 all border patrols had orders to arrest him if he wanted to return to the country, and even in 2013 communist judgments on other refugees were still in force.

Why is it like that? "The chief representatives of the Romanian judiciary are mainly the Communist judges or the Securitate officers." These are the people connected with security officers of the Ceaucescu regime. These Moscow loyalist do not accept the presence of Romania in NATO, although “they are driven in their own country by limousines made in NATO countries." It shall be noted that this situation is very familiar to what has been going on in Poland.