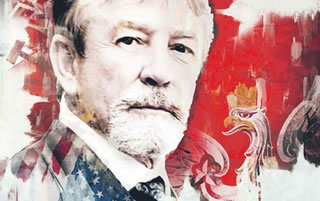 A Sue Burggraf, CIA liaison officer, was monitored by the Polish communist secret service. Surveillance operation of the American, who among other things, dealt with the case of Colonel Ryszard Kuklińki, was coordinated by the communist colonel Gromosław Czempiński. A few years ago, this former communist security service officer confirmed that he participated in the founding of the Civic Platform Party. Today, the Institute of National Remembrance published the register of documents that in 2016 were excluded from the so-called classified set.

The surveillance operation of Burggraf, who was the liaison officer for colonel Kukliński, was briefly described by Professor Sławomir Cenckiewicz during his press conference. The documents related to this case were the part of the classified set. Mr Cenckiewicz admitted that he has seen only a „tiny percent” of the reserved collection; this included the documents related to Burggraf.

The historian added that despite this invigilation operation, the communist counter-intelligence did not establish the link between Burggraf and colonel Kukliński.

The register of the documents made public in 2016 was published online on the website of the Institute of National Remembrance. This register encompasses solely the archival files that were excluded in 2016 from storage which housed separate classified archives of the Institute. The register contains the reference number of the archive files and their short description.

The descriptions in the register includes data of communist security service officers as well as data on surveillance verification, surveillance reconnaissance, documentation of intelligence equipment, questionnaires and files marked with abbreviations KI, RO and SMW.

The data contained in the register relate to the documents produced by communist secret service of the Polish People’s Republic, which had previously been stored in secret archives taking into account security concerns of the Polish state.

"We will not be vetting anyone, determining whether they were secret collaborators… Our conference has a solely informative purpose. We will advise on the content of the register and our subsequent steps. We will advise on how the process of making the data public is conducted, on the nature of the catalogue, and how the process of verifying the clauses in the files of the former classified set of the Institute looks like,” – wrote Mr Cenckiewicz on one of social media portals prior to the press conference.