Behind the Scenes of the “Kremlin’s Troll-Factory” 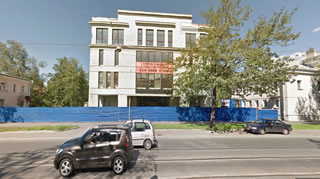 “They offer an attractive salary, and hire those who do not ask questions.” This is how the Kremlin’s Trolls are hired. A Radio Svoboda journalist managed to locate one of the former employees of the so-called “Ministry of Truth” that carries out this all-out “Cyber War” on behalf of the Kremlin.

Its first headquarters were located in Olgino near St. Petersburg. Several months ago the offices were moved to 55 Savushkina Street in St. Petersburg, where it remains obscured from view by steel construction panels, misleading a passer-by to think that the building is in ongoing renovation.

It employs around 400 people. They work 12-hour shifts, contriving positive images of Vladimir Putin, ridiculing Russian opposition: the United States, the head of the Polish Foreign Ministry,and of course – these “Ukrainian Fascists” – reported the TVN24.pl, quoting the svoboda.org.

The founder of this “Internet Research” company, and its director, is Mkhail Bystro, a former Colonel in the Russian Militia. The company is funded by the “Concord” Holding consortium headed by Putin’s personal friend, Yevgeny Prigozhin. Since 2000, “Concord” has been involved in organizing official banquets and receptions in the Kremlin. Prigozhin also maintains close-ties with the Russian Ministry of Defense, and the state-owned “Woyentorg” which caters to the Russian military-industrial complex.

“The task of the Kremlin’s Troll” is to write dozens of posts and replies to the comments appearing on Russia’s most popular blog-sites such as LiveJournal. An important part of their activities is also “Liking” the opposition-bashing cartoons, and praising those towing the “Pro-Putin Party-line”; these appearing primarily on the Russian vk.vom” – writes TVN24.pl

- I was never officially hired to work there, and I had no formal employment contract. I never met any people from the management, but only my immediate supervisor, to whom we referred to as our “Team-Leader” – said a young woman named Tatiana in her interview with Radio Svoboda. The woman worked for the “Ministry of Truth” for six months. She emphasized that the “Firm” is aggressively seeking new hires. “The employees get very quickly burned-out by the demands to “Love Putin” 24/7. The die-hards last only about a year and a half, and then they quit” – she emphasizes.

- Initially, I did not know whether it was a news agency, portal or something else. I was told to express very specific opinions on the news coverage – she says.

Tatiana’s primary job responsibilities were to comment on the events in the media that were considered unfavorable to the Kremlin, among them, those appearing in the “Echo of Moscow”.

The woman says that the most difficult part of her job was to praise the actions of Vladimir Putin. While making on-line comments in response to specific posts, the employees would pose as “businessmen”, “photographers”, and “housewives”, etc. For example, in a response to news coverage of the Russian President’s visit to a company of some sort, a “housewife” would post that “These types of activities undertaken by Vladimir Putin were a sure way to save Russia." – she tells us.

- For example, the goal the scripted comments we were posting, was to sway a reader to believe that [Putin’s] United Russia Party policy “should be viewed in such and such a way”, and that “Putin was Russia’s savior” – tells us another former “Troll Factory” employee in her interview with TVN24.pl.

She emphasizes that at the time she was hired, the only thing being looked into were her writing abilities and aptitude. Neither her political views nor her general education were the determining factors.

This particular former “Troll Factory” employee quit when he was ordered to write comments about the murder of Boris Nemtsov. His comments were to show that Nemtsov’s death was a direct result of an anti-Kremlin provocation; a provocation that was masterminded on the eve of the planned “Spring” demonstrations in Moscow. They were also to show that the death of this outspoken anti-Putin’s opposition leader was a handiwork of the United States and those close to the Nemtsov himself.

“Among the main enemies [of the regime] who are to be discredited are the girls from the Pussy Riot, Mikhail Khodorkovsky and Alexei Navalny”. – writes TVN24.pl

The Kremlin’s Trolls work 24/7, in 12-hour shifts. Unsuspecting visitors to websites and social-media outfits are fooled with the use of “troll-teaming”, or Sockpuppeting, which is nothing more than responding to their posts by other trolls, to make a false appearance of a heated discussion online.