A Different View of Poland 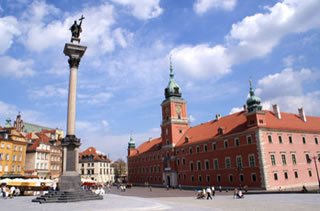 Poland has been recently, to use a metaphoric expression, “on the lips” of many Western European and American newspapers.

Interestingly the headlines have been quite scary and very negative: “Ultra-right wing, xenophobic and Euro-sceptic government has been elected in Poland” they read. Did I miss something? Elected…..in the national, free and democratic elections. Not imposed, the previous government hasn’t been overthrown and strangely there has been an overwhelming majority voting for the new government….. So why so much negativity?

In Poland we count time differently….50 years of communism, 23 years of post-communism and from the new elections we count… Free Poland. Is that surprising?

It is not a well- known fact that Poland for the last 25 years (with the exception of 2) has been governed by people who were not made accountable for their communist past and different shades of alliance to the old, Soviet-imposed regime, and by their children and ideological heirs.

It is not a well-known fact that Polish mainstream media had been dominated by the establishment paying homage to any ideals other than Polish, patriotic, Christian. And that articles read in the West about Poland are mostly influenced (if not dictated) by people belonging to that very powerful establishment. People who compromised Polish interests to suit the interest of our neighbors, Germany and Russia, and other times pan-interest of the European Union’s leadership.

So taking aside the veil of this harmful propaganda what the headlines of western newspapers are really saying is that a new, patriotic, pro-Polish, pro-Christian government has been elected in Poland marking the end of the old regime and begging a new era of Polish history.

There are always powers and interests at play on the international scene, but for once Poland is going to mind its own interests, and I mean that literally.

Sometimes, I wonder what Winston Churchill would think of that, when he called the nation to stand against the German aggressor. What would Margaret Thatcher say…when she went for the Falklands…..And why the British Government didn’t take on the European currency…..

But don’t worry about us. Poland is Free. Finally.

And when you think about Poland remember this, what one of England’s greatest minds, G.K. Chesterton, once said:

“I can certainly claim to have been from the first a partisan of the Polish ideal, even when my sympathy was mainly an instinct. (…) It was almost entirely founded on the denunciations of Poland, which were by no means rare. I judged the Poles by their enemies. And I found it was an almost unfailing-truth that their enemies were the enemies of magnanimity and manhood. If a man loved slavery, if he loved usury, if he loved terrorism and all the trampled mire of materialistic politics, I have always found that he added to these affections the passion of a hatred of Poland. She could be judged in the light of that hatred; and the judgment has proved to be right.”
It still holds.