Post-truth in the Economist 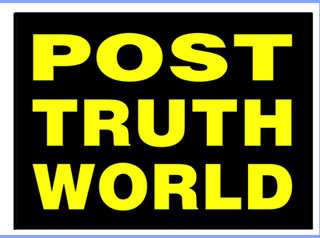 What is the condition of democracy in Poland? If one was to learn it from the report of „The Economist” – it is woeful. The problem is that in the “Economist” report democracy in the Philippines fares better than in Poland – the same Philippines, where on President’s orders death squads kill people on the streets. Just to clarify – no one is being killed on the streets in Poland on government’s order.

Such report can only serve to draw conclusions on the experts of his report and certainly not on democracy in Poland.

As every year, prestigious British weekly „The Economist” published so-called „Index of democracy” – the report on condition of democracy in the world. Poland was placed on low 52nd place, dropping four places.

One could consider it worrying, if it were not for one fact. The team of experts who were preparing the report, ranked the Philippines higher than Poland. It is so ludicrous that one does not want to continue reading the report

In June 2016 Rodrigo Duerte won the presidential elections in the Philippines – the man who had once claimed that he was going to be like Adolf Hitler was to Germany. From that time death squads ordered by the president and paid by the authorities are killing petty criminals, drug addicts, homeless adults and children. The president himself admitted that he personally took part in the killings to set an example.

The experts of „The Economist” — very influential in circles of international business and politics – prepared their report taking various factors into account – like so-called political culture, public administration functioning, and the like.

I have no idea how to classify kills according to these criteria. How did the renowned experts value thousands of victims, so that it does not impact their view on the state of democracy in Philippines in the general classification? It is possible that they use some new definition of democracy? If so, we would appreciate if „The Economist” publishes some sort of clarification as to its criteria, so that the report does not appear to be a totally arbitrary political tool.

It would be great to have additional precise and scientific criteria – if one compares the situation in Poland and in the Philippines – what are the conversion units? What is worth more if we weigh lives of people killed without any trial against, let’s say, unbearable pain of Andrzej Rzepliński, former Head of the Constitutional Tribunal, resulting from blocked appointments to the Tribunal and lack of publication of his opinion?

Why are the cases of lay-offs in Polish public media so horrifying, as described in the report, while the corpses lying on the streets of the Philippines seem to worry these experts far less?

The farcical nature of the report in „The Economist” is not funny at all. It is yet another example of degradation of once prestigious media and triumph of so-called post-truth on the left.