Polish Public Television is not the voice of the nation. It was appropriated by the previous party system, which does not intend to walk away from it. 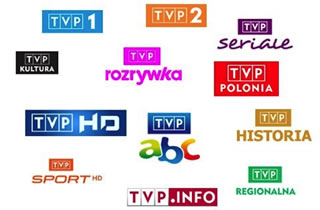 This solution has only one drawback: it comes late. Fortunately though, not too late. Certainly a change in the management of the public media sector, especially the TVP, ought to be the first step of the new government - today, public television would not continue in parroting the private-sector TVN, but would be a television station, thanks to which Poles could be extensively exposed to the meaning and implications of the recent free elections of the President, the Parliament (Sejm) and the Government.  A few weeks ago I wrote:

We can see already that not only the management board of the TVP will likely step down, but also the stylized Tadla, Rudnik and Lewicka and the natty Kraśko and Ziemiec won’t budge, to name only the so-called front people. Immediately, a small change needs to be made to the law on broadcasting (which by the way in many places, is either not adhered to or at best stretched to its limits), and in particular to get rid of the point 3 and 5 in article 27 and points 1, 1a, 1b,1c in article 28. The rest of the articles can be calmly addressed at a later date.

The idea is to immediately change the management of public television and public radio from a purely propagandistic mouthpiece to a normally functioning one. Currently we have, on one hand, a State Treasury type company more or less functioning under the rules of the commercial code and, on the other hand, with an institution, theoretically of a cultural calling, but not falling under the oversight of the Minister of Culture, but the National Council of Radio Broadcasting and Television (KRRiT).

The latter has been reduced in size over the years to 5 individuals, who were designated by the previous Parliament, the previous Senate and former President and completely subordinated to the now non-governing political camp. Change to the above mentioned articles of the law, will result in the TVP falling under the rules of operation as concerns the normal conduct of companies, when it comes to the establishment of a Supervisory Board and Board of Directors. And then changes can occur within a day’s time. The Minister of the Treasury could appoint a new Supervisory Board, and immediately, on the first meeting, a new Board of Directors would be chosen. People chosen to perform normal and fair (rather than propagandistic) work can be found within the television employ itself and these people are already there. They just need to be given a chance to surface.

Legislative steps have been taken by the Law and Justice (PiS) Party in this direction, and let us hope that with the New Year we will see new faces on the screens of TVP and hear new voices from the microphones of the Polish Radio, and as a result its listeners and viewers will hear the full story about the winners of the election. Changing these few articles of law will mean a change in the image of Poland, which is formed to a great extent, whether we like it or not, by the largest medias.

Of course, these are ad hoc legislative actions, but this does not preclude further work on a well thought out law on public media. On the contrary, one will be able to prepare in due course and discuss a project that indeed will become national in character. The avoidance of political pressure on the public media cannot be fully avoided, but the point is that future such temptations can be checked by well prepared laws. There are such examples, proven in the world, and I had spoken about them during deliberations on the public media held at the Belweder Palace. There are also, so to speak, natural ways of assuring ways of executing payment by the public of media subscription fees. Please allow me to present them in a few days in an upcoming “Wpis” article, as well as on this website. I'll just say that on these old, existing patterns of operation it is not worth building anything, nor is any reconstructive work advised.

PiS was late in realizing that the way of interaction with the media after winning the elections must definitely be different from that what had occurred during the election campaign. One needs to finally start getting the message across from a position of the winner. This is simply stated, what is expected – increasingly with impatience - by those who cast their votes that resulted in this power change. These people are able to understand that for some initiatives there may be a lack of funding, but they will never stand by indifferently, when such a seemingly simple task, as the transfer of the public media into honest hands, may fail or be set back in time. All the more so when considering that public television has long been in decline, becoming only a political propaganda tool in the hands of those conducting a brutal battle with those defenders of Polish values,  national sovereignty, faith and tradition. It's simply a bastion of the Civic Platform Party (PO) and its heirs, such as Mr. Petru. In the last issue of "wSieci" there was an example of an analysis, how information is manipulated by the TVP - with impunity!

Public television has not spoken on behalf of the nation for even a longer while than since the previous elections. It was appropriated by the previous party and does not intend to walk away from benefiting from this position. That said, it has even increased its aggravated assault on the Polish patriotic flag bearers; TVP with exceptional force is trying to now prove how terrible a folly was committed by millions of Poles, which rejected the PO mandate in its entirety. In such a way, this public institution understands a democratic transfer of power in a free, democratic country. In this patriotic camp, it has become necessary to stop speaking in terms of "let’s not say this, though this is true, let’s not do this, though it's the right thing to do, because for us they will defame us in the TV or the newspaper”. (You know which one).

In fact, even if we were doing God knows what and were very well mannered and behaved, we would always be wrong. Even the resignation by PiS from power wouldn’t stop this shameless aggression. There is thus no sense in waiting for the opponents’ opinions, or respond to their provocations, but actually strive to make good on the promised good changes.

A few words still about a specific medium, which is the Polska Agencja Prasowa (PAP) - Polish Press Agency. The fact that so far there have been no changes made there is truly shameful. One does not need to change the Law of the Polish Press Agency, but just the people heading up this institution (a State owned company). One needs only to enforce what is found in the existing law as it is written. Case in point, article 1 par. 2 reads: "The Polish Press Agency has a duty to promote the position of the Polish Parliament, the Senate, the President of the Republic of Poland and the Council of Ministers". That’s all, period!

Is this point clear or not?  How PAP realizes this article is clear and everyone sees and hears it daily. Indeed they disseminate, but the position of the opponents of the Parliament (Sejm), and the Senate, and the President, and the Council of Ministers.

Leszek Sosnowski – President of the Biały Kruk publishing house, a journalist with 40 years of experience, publisher of the monthly magazine "Wpis"