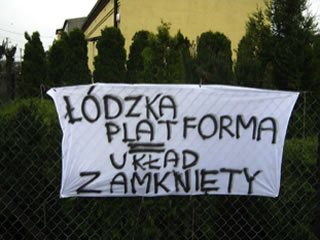 Upcoming elections can challenge the system of the Third Republic in place for 26 years, with two brief intervals for the rule of Jan Olszewski Government in 1991/1992 and the presidency of Lech Kaczynski. That would be a fundamental change, said Bronislaw Wildstein in an interview about the parliamentary elections of October 25, 2015.

Wildstein observes that today's order can be described as "oligarchic". How does it work?

The oligarchic system is not just about concentration of political power, but also about the realization of the interests of informal power centers as business centers and cultural opinion leaders, the media, corporations, lawyers, etc. All those players form the power structure of the Third Republic.

According to Wildstein, the breakthrough had been achieved by the presidential elections of 2015 and calls for a big change in foreign policy, among others.

Donald Tusk and Radoslaw Sikorski openly declared that Poland should swim in the mainstream of European politics, in particular should follow Germany. That means the renunciation of Polish sovereignty, since our Western neighbor realizes its interests, and not the Polish interest.

The author of "Valley of nothingness" also adds: Under the communist system no one in Poland believed government propaganda. In the Third Republic, the people have believed in it. However, I think this time comes to an end. Third Republic collapses, explains Wildstein.

According to the journalist of "W sieci" the implementation of necessary changes will be very difficult to carry out.
The opposition coalition encounters tremendous resistance from the defenders of the Third Republic status quo such as business, media and leading opinion makers supported by international interests.

If we want to rebuild the state, it would be important for the opposition to win independent majority in the parliament, emphasizes Wildstein.