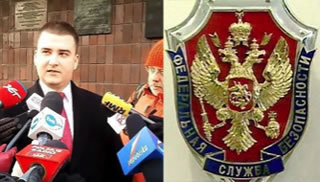 The victory of Law and Justice (PiS) and the political change in Poland came as no surprise to the people connected with post-communist special services. This group has always been very alert and able to protect their own interests. Time and time again, they showed that they knew how to protect themselves in case a new government choses to threaten their empire and seek their accountability for numerous crimes.

In accordance with the Law on Counterintelligence Services adopted by the Parliament on May 24, 2006, WSI was dissolved in September of 2006 by the Liquidation Commission led by Antoni Macierewicz. In November 2006, the deputy head of the WSI Liquidation Commission Peter Woyciechowski reported that General Marek Dukaczewski allowed to "carry out operational activities using unregistered agents, so there is no agent’s information in the operational records." The documents of the WSI have shown that a decision in this regard was made in 2003. "General Dukaczewski approved such operational practice of his special service agents already back in 2003," informed Woyciechowski.

This meant that in preparation for liquidation of WSI the bosses "have moved" outside this structure the most valuable agents. There was, in fact, the practice to keep the most critical personal assets outside of the register of the Polish government, so that they would not be recognized in the official records. The ability to operate as unrecorded agents enabled them, inter alia, circumventing the ban on the recruitment of such agents for public offices. "We stumbled on documents that may indicate that the most valuable agents in recent years have been moved outside of WSI and can now operate in a completely different environment," - said Woyciechowski.

Therefore, it is not surprising that in anticipation of election defeat and loss of power by the PO-PSL regime controlled by them, the clique of agents conducted preparations at all levels of political environment over several months. One such proof is, among others, the amendment of the Law on the Constitutional Tribunal (TK), which would allow the regime to block decisions of the new government, and would turn this institution into the guardian of the powerful interests of the defeated clique.

Similar preparations have been made in the area of ​​special services. Although their scope is virtually unknown to the public since the "free media" focused primarily on the fight over the TK, their potential significance surpasses the effects of the measures taken in the political sphere. There was a good reason to call decisions of WSI management as "prudent" because the most advanced preparations were undertaken by the military special services and their inventiveness appears to even surpass the ingenuity of General Dukaczewski’s subordinates.

Let’s imagine that the PiS forms the government, Antoni Macierewicz becomes the head of the Ministry of Defense (MON), Prime Minister Szydlo appoints a new leadership of the Military Counterintelligence Service (SKW), and this new leadership cannot replace the high-ranking officers of SKW due to a new structure - a kind of “extraterritorial service" exempt from the control of the Polish government. Such structure operates independently from the head of SKW and is not subjected to the authority of the Polish Minister of National Defense and the Polish government. It has however quite real powers because it can, among others, organize training for NATO forces in combating terrorism and intelligence threats, and coordinates the exchange of counterintelligence information. Heads of this extraterritorial structure are the SKW officers with revoked security clearance and pending criminal investigation. It appears that such "protection scheme" that used the structure of the North Atlantic Alliance (NATO) was invented by the post-communist bosses of SKW against the new Polish government.

Apparently, the idea of setting up a “NATO Centre for Counterintelligence" in Poland was put in motion already in 2014. It was supposed to be called NATO CI COE (NATO Center of Excellence). Romania set up the Center and Hungary, Greece, Slovenia and Turkey became its members. Poland, Slovakia and the Czech Republic joined in 2011.

In order to make this project "international" SKW resorted to help of Slovak services and a preliminary agreement on setting up a "NATO Center of Counterintelligence" was signed by Polish and Slovak Ministers of Defense.

The choice of a partner does not seem accidental. Slovakia is now the country of NATO, which condemns the sanctions imposed on Russia and works closely with Putin’s Russia. In the middle of this year, Prime Minister of Slovakia Robert Fico paid an official visit to Moscow, where he held talks with Prime Minister Medvedev and met with President Putin. Slovaks are not only interested in economic cooperation with Moscow (for example want to connect to the proposed Gazprom pipeline bypassing Ukraine), but have long been leading an intense military cooperation, modernizing their antimissiles system S-300 and planning modernization of Russian Mi-17 helicopters.

Just before October parliamentary elections in Poland, a spokesman for the Ministry of Defense announced that "soon joint training of counterintelligence officers from NATO countries will begin in Poland. The headquarters of the Center will be located in Kraków, but some facilities will be located in the Slovak town of Leszt where the military exercises will be conducted.”  On September 29, 2015 an appropriate agreement to set up the center was signed by Deputy Minister of Defense Robert Kupiecki in Norfolk, VA. The main task of this new service is “to conduct specialized courses and training in the field of counterintelligence and to participate in the development of doctrines and concepts for NATO."

At that time this agreement was signed, there were reports suggesting that this project was conceived by SKW management as their 'electoral safety parachute." "Is the current leadership of the Military Counterintelligence Service preparing parachutes for themselves in the event of the arrival of the new government?"- asked A. Burzyńska and M. Majewski in the text written in October, and concluded that  the "NATO Center" project is in fact a clever idea in the event expected changes in power indeed occur.”

The deputy head of SKW Colonel Christopher Dusza was supposed to take the helm of "NATO Center.” This nomination gave himself a general-level position while other members of SKW management including Dusza’s boss Piotr Pytel were to receive high command positions. Such maneuver would create an entirely new structure which would make use of property and equipment of SKW, but would not be subordinated to SKW and its Chief, or to the Polish Ministry of Defense.

Only swift and decisive response of Minister of Defense Antoni Macierewicz and a new head of SKW Piotr Baczek prevented these plans. The public opinion didn’t have to wait long for counter- attack by Dusza and his WSI clique. Colonel Dusza immediately prepared a six-page open letter which was instantly published by Gazeta Wyborcza (GW), and the media begun their onslaught on the new government calling their action as “destruction of counterintelligence” in Poland.

In its letter Colonel Dusza complained that the head of SKW Peter Baczek "cancelled a first meeting of the Steering Committee of NATO CI COE, which was to take place in early December." The new SKW management also stopped the provision of "logistics equipment" for the center, seized vehicles and blocked access to the information and communication systems.

The would-be head of the "NATO Center," complained also that "SKW has attempted to summon us to appear at the SKW headquarters but we were delegated to the Center under separate provisions applicable to the international personnel of the Centre." This means that these people refused to follow the military order from their superiors and tried to avoid contact with the Polish authorities.

In response to attacks by WSI propaganda centers, the Ministry of Defense issued a statement, which read - "In connection with false information that appeared in today's (09.12.2015 r.)" Gazeta Wyborcza ," in the article by Wojciech Czuchnowskiego entitled  "Demolition of counterintelligence" the Military Counterintelligence Service states that the project to launch the Expert Centre for NATO Counterintelligence is and will be implemented in accordance with the agreed schedule, at the pre-determined location."

A spokesman for the Ministry of Defense Bartlomiej Misiewicz explained that former leadership of the Ministry of Defense and SKW tried to set up the offices of the "Expert Centre for NATO Counterintelligence" in unsecured location, "which prevents processing of the information even with the lowest level of security clearance." This practice, according to the Ministry of Defense was "a serious mistake and has not been approved by countries that have signed an agreement for the establishment of the Centre."

So, imagine - had the Center been set up as planned by the previous government, secret information processed by the Centre could have been easily intercepted. The prompt decision of the Minister of Defense and Chief of SKW therefore spared Poland embarrassment, and prevented exposure of NATO countries counterintelligence data.

Mass media disinformation campaign in this matter continues in order to confuse the public. The latest spin in this matter suggests that the reason for the removal of Colonel Dusza was that he was suspected of "espionage for the United States." This is an extremely dangerous provocation intended to suggest that the new government is "anti-American" and a former deputy head of SKW was just a victim of unreasonable suspicion of Minister Macierewicz. Apparently disinformation specialists forgot about the abundant record showing how Dusza and his people behaved in the past, especially after the assassination of the Polish President in Smolensk. They also disregarded direct evidence of close cooperation of Dusza and his agents with the Russian Federal Security Service (FSB). In 2013, Russian President Vladimir Putin ordered that FSB sign an agreement of cooperation with SKW in the area of military counterintelligence. Putin's decision was the "crowning achievement" in building closer ties between Polish SKW and Russian FSB in the aftermath of the Smolensk tragedy. Although it would be nice for SKW to be accused today of "spying for the US," it seems though that in this matter even the most sophisticated post-communist propaganda cannot overcome obvious insurmountable barrier.

This topic has not yet been exhausted, and the founding fathers of the NATO Expert Center will continue to use friendly media in order to confuse the public. The behavior of these people, and the rhetoric they use unmistakably indicate that we are dealing with Moscow trained special counterintelligence people, who conduct extremely dangerous, multi-layer operations.