Are you aware?
The truth about Jews and Poland 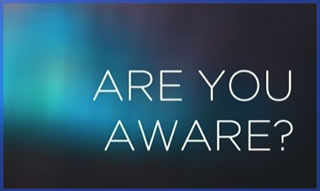 Are you aware that when almost the whole of Europe was killing and expelling their Jews, Poland was the one country to accept them? Are you aware that Poland was considered a haven that over the centuries, Jewish religious and cultural development flourished on Polish soil as nowhere else on earth?

Are you aware the Jewish word for Poland is Polin? Are you aware in Hebrew it means “Here shalt thou lodge” or “Place of safe refuge”? Are you aware Sigmund Rolat (Holocaust survivor) said: “Poland was more than just a country where Jews took refuge, Poland was our home?”

Are you aware Poland was the only country in occupied Europe to have an organization, “Żegota,” set up with the sole purpose of saving Jews?

Are you aware that Poland was the only country where the Germans found it necessary to issue the automatic death penalty for simply giving a Jew a glass of water? Are you aware not only was the person helping the Jew murdered but their family as well? Are you aware that failure to inform on a neighbor hiding Jews was punished by deportation to a concentration camp?

Are you aware that Poland was one of only three occupied countries not to have a collaborationist government? Are you aware Poland, unlike most other countries, did not have a volunteer SS division?

Are you aware that Poland tried to publicize the deaths of Jews, but the Western Allies (i.e. the US and UK) suppressed it? Are you aware that even the American Jewish Congress did not believe the Polish government’s claims about the German mass murder of Jews? Are you aware Poland printed booklets and made radio broadcasts themselves trying to raise public awareness of the Holocaust during the war?

Are you aware that Israeli President Shimon Peres said when honoring the Holocaust victims: “Millions of Jews lived here for a thousand years, and though their lives were not always secure, they sustained us as a people? It is very hard for me to stand here, but that is not the fault of the Polish people, rather it is the incomparable extermination (of the Jews) carried out by the Nazis”?

I am not claiming there was no anti-Semitism in Poland, but it is not as clear-cut as has been made out. Much is made, for example, of Poland limiting the number of Jews entering their universities between the world wars, but no-one talks about US and UK universities doing the same.

Are you aware that one of the founders of Żegota, Zofia Kossak-Szczucka, was an anti-Semite? In Poland being an anti-Semate meant being a religious Catholic, hence they helped Jews as the Bilble commanded.

Please buy the brilliant DVD by the late Jagna Wright called The Other Truth. As the Independent, a major UK newspaper, said: “The conventional view of Poland as a nation of anti-Semites is definitively challenged.” I think the opening to the second DVD makes the point clearly. You have a teenage American Jew calling the Poles everything under the sun, and an elderly Polish Jew saying how life in Poland before the war was like a Jewish paradise. The teenager is the granddaughter of the elderly Pole. If only she and you would listen to those who know and were there, if only you were aware of the truth…