FSB at home in Warsaw 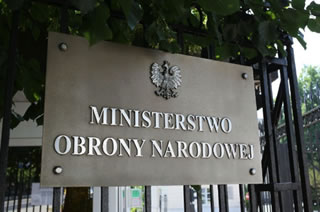 “We were able to establish, that cooperation with FSB continued practically to the end of the PO-PSL coalition government, despite Russia’s aggression in Ukraine. Under the terms of this cooperation, at least one training course was conducted in the Russian Federation, during which at least a few SKW functionaries took part.”

According to information obtained, which is presently being verified, security clearance documents of the above mentioned individuals are currently being reviewed. One of the reasons for initiating this review process is the role of these individuals during the previous government’s term in office in the execution of the SKW-FSB cooperation agreement.

Breaking of the law

In October 2013, the daily newspaper "Rzeczpospolita" revealed that after the Smolensk crash the then head of the SKW, Gen. Janusz Nosek signed a secret agreement with FSB, without informing the Prime Minister, Minister of Defense, Minister of Internal Affairs or special intelligence services about it. According to unofficial information about this agreement, its existence was to have been known to the President at the time, Mr. Bronisław Komorowski, who in November 2010 promoted Nosek to the rank of general. This was during the time in which the formal agreement with FSB was being finalized.

The Law on SKW in force since 2006 provides for the possibility of the agency to enter into cooperative agreements with its foreign counterparts. Such cooperative agreements however need to be approved by the head of SKW. Furthermore, it first needs to be approved by the Prime Minister, who, before granting his approval, consults with the Minister of Defense.

Yet, the SKW/FSB Cooperation Agreement was signed in April 2010, whereas Prime Minister Donald Tusk approved it only in December 2011. General Nosek informed the Parliamentary Commission for the Intelligence Services about this agreement while making a report on SKW operations in 2011.

After the revelation that this agreement had been concluded, opposition MPs informed the media that the law may have been broken. The Parliamentary Commission for the Intelligence Services addressed this matter - half a year after the disclosure to the media - in April 2014.

The Chairman of the Commission, Zbigniew Sosnowski (PSL coalition party) in his statement noted that: “in the opinion of the Commission and based on their knowledge, the cooperation of SKW, on the basis of their collaboration along similar lines with NATO countries, including the Russian Federation, is in accordance with Polish law and remains compatible with Poland’s national interest”. The statement was signed by other members of the Commission (except for Ms. Beata Mazurek, a PiS MP) which noted that: “the cooperation is conducted to a necessary degree assuring the sovereignty and security of the Republic of Poland”.

We asked both the SKW and Ministry of Defense’s Press Office about this joint venture between Polish and Russian intelligence services.

“The SKW does not provide any information as to any true or alleged collaboration with foreign entities. Any and all information concerning such cooperation, especially with other intelligence agencies of other countries, stating their purpose, nature and course covers all the indications referred to in article 5 paragraph 2 and 3 of the Law concerning the protection and security of non-public information and thus cannot be divulged to unauthorized persons or other entities”, was the formal response released by the Press Office of the Ministry of Defense.

We were able to establish that cooperation with FSB continued practically to the end of the PO-PSL government, despite Russia’s aggression in Ukraine. Under the terms of this cooperation agreement at least one training course was conducted in the Russian Federation, during which at least a few SKW functionaries took part.

It is not known who funded the training and exactly what was in the program. Also, under this agreement, FSB representatives traveled to Poland by car, parking their vehicles on SKW grounds, without any screening. The Russians weren’t issued any personal passes and their bona fides were not entered into the records’ book. They freely roamed the SKW grounds, practically unhindered.

There were other opportunities for contact between SKW and FSB operatives both in Poland as in Russia. For example, on 10 April 2010, immediately after the Smolensk plane crash, in Moscow Russian secret service functionaries downloaded data from SKW officers’ computers and memory devices, including their entire contents, by way of a special computer program, and send it on to an unspecified server

In addition, no checking has occurred if such similar unauthorized copying had taken place during the FSB visit to SKW headquarters, where a documents’ room is located with secret files containing i.a., personnel operational files of military informational services and military counterintelligence services.

According to our information, NATO representatives were not informed about particular meetings with FSB, nor have any proceedings been undertaken towards the clarification of this situation, either by the prosecutor’s office or the intelligence agency, which would have provided an answer to the question what was the reason for the conclusion of the agreement with FSB and what did the cooperation between the SKW and FSB really accomplished?

Sweeping it under the carpet

At the time when the agreement between the FSB and SKW was in force, the Head of SKW was Janusz Nosek, who earlier had worked at the UOP office (the Office of State Protection), and later at ABW (Agency for Internal Security). When the left won elections in 2001, Janusz Nosek presented to Zbigniew Siemiatkowski, the then head of UOP (Agency for the Protection of the State) a list of individuals he felt should be dismissed from their posts.

In 2013, Nosek was replaced by Col. Piotr Pytel as the head of SKW. Pytel was also a former functionary of the civilian secret service. He joined the UOP in the mid-90’s, but completed his officer’s training course in 1998. During the time when Gen. Zbigniew Nowek headed up the UOP (1998-2001), Pytel switched jobs and went to the General Customs Inspectorate. He returned to ABW when SLD Party returned to power in Poland. After the PO (Civic Platform) Party won parliamentary elections, resulting in the sacking of SKW heads in 2008, Pytel returned to SKW. During the period when Pytel and Nosek were in power at SKW, the service was rocked by scandals and compromising situations including illegal, undercover investigations took place infiltrating the opposition as well as the activities of opposition journalists.

Another functionary who made his way from ABW to SKW was Col. Krzysztof Dusza. In the past, he was an ordinary guard in the civilian secret service. “The majority of nominees for head positions at the security and secret services’ offices during the PO government were individuals who were low achievers with little to show for, but were loyal to the leftist governments. They were not sacked during the time when SLD was in power, but diligently cooperated with the left’s leadership”, as per Gen Zbigniew Nowek, former head of UOP, and during the presidency of Lech Kaczyński, Vice-Head of the BBN (National Security Bureau).

A recent decision of the Minister of Defense, Mr. Antoni Macierewicz was to recall Col. Krzysztof Dusza and Gen. Piotr Pytel who worked at the Expert Center for Counterespionage Affairs at NATO. A memorandum by which this Center was formed was signed on September 29, 2015 at the headquarters of the Allied Command for the Transformation of NATO in Norfolk, Virginia. The Center was the brainchild of Poland and Slovakia, with Lithuania, the Czech Republic, Slovenia, Hungary, Romania and Croatia all expressing interest in joining.

The Center was headed up by Director Col. Krzysztof Dusza. Gen. Piotr Pytel was working there as well. What is exactly the focus of the Center remains unknown. However, what is known is that some of the key leadership people had signed lucrative multi-year contracts for approx. 20,000 PLN/mo. It turned out also, that part of the cadres were former communist military intelligence operatives from the former WSI.

"In the process of talks and negotiations with representatives of NATO countries, with regards to the formation of the Expert Center for Counterespionage Affairs at NATO, several countries agreed to participate in this undertaking, delegating their representatives to serve in the Center, under the condition that certain non-public information remain secret concerning this entity”, was an answer obtained from the Press Office of the Ministry of Defense.

According to unofficially obtained information, the final seat of the Center was to be in Krakow, Poland, but it turned out that, at least for the time being, this is impossible. Therefore, the Center is headquartered in Warsaw, at SKW headquarters.

In view of the large number of concerns surrounding the heads of the Center, proceedings have been initiated, verifying the legitimacy of the affidavits submitted by the Center’s heads which allowed them access to classified information. One of the reasons for this verification action are the circumstances of entering into the agreement with FSB during their terms with SKW. Ironically, the previous heads in the Ministry of Defense stated that the reason for calling the Center into being was in response to…. the aggressive, confrontational policies of Russia.