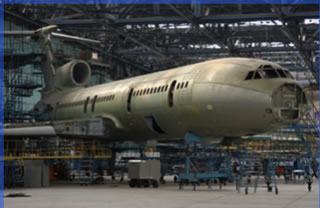 The US Treasury Ministry justified the sanctioning of Russian oligarch Oleg Deripaski because he assisted Russian President Vladimir Putin in laundering money, according to the British Financial Times. Deripaska is one of Putin's most trusted people. At Deripaska’s facility Avikor in Samara the Polish Tu-154 aircraft No. 101 went through major overhaul shortly before crashing in Smolensk.

In April 2018, the Treasury Ministry imposed sanctions on Deripaska and 23 other Russian oligarchs and officials in reaction to Russia's annexation of Crimea in 2014 and Russian attempts to intervene in the 2016 US presidential election. In response, Deripaska sued the Office Foreign Asset Control (OFAC) - an agency of the US Ministry of the Treasury responsible for imposing sanctions - demanding that the decision be justified.

In a reply to this lawsuit filed by Deripaska's lawyers, as seen by the British Financial Times journalist, the OFAC wrote that the oligarch in 2016 was allegedly identified as one of the persons possessing assets and washing funds on behalf of Russian President Vladimir Putin.

In addition, Deripaska was to withdraw the public offering of the car manufacturer GAZ stock to "hide money laundering through the company by Russian President Vladimir Putin, which took place in September 2017," writes FT. GAZ is also subjected to US sanctions.

"In July 2011 or before that date, Deripaska's business activities were probably used at least once as a cover to funnel funds for the personal use of then Prime Minister Putin," - we read in a reply letter sent in January 2020. The OFAC stressed that it contained only non-confidential information that could be presented.

In response to the allegations of money laundering by Putin, his spokesman Dmitry Peskov replied: "That's not true. That's it."

Deripaska pointed out, however, that there is no hard evidence in the reply letter and words such as "probably", "supposedly" are used everywhere.

"They give no facts. Only guesses, rumors and nonsense. These are unfounded accusations. This is nonsense, instead of the presumption of innocence, until facts are presented and the guilt or innocence should be proven in court," - said the oligarch in a London newspaper.

Also, there is no information in the reply letter confirming the charge presented by OFAC in April 2018 that Deripaska "ordered the murder of a businessman and had links with a Russian organized crime group."

There is an allegation, however, that he has invested $ 800 million in "projects related to" the 2014 Winter Olympic Games in Sochi, after Putin "reportedly forced Russian oligarchs to do so." Deripaska admitted that the companies he controlled invested before the Olympic Games in Sochi and financed construction projects related to the event, but claims that this was not in response to Putin's instructions.

The US Department of State refused to comment on both Deripaska's letter and US reply.

Deripaska’s lawyers and OFAC officials will now be shifting through their arguments before the case goes to court, which according to the oligarch himself may take about 18 months.

In the fall of 2009, the Aviakor - an aviation plant located in Samara, Russia - performed general overhaul of the Polish Tu-154M aircraft that crashed in Smolensk, Russia, on April 10, 2010. Aviakor is part of the Russian Machines holding under control of the financial industrial group Basic Element owned by Oleg Deripaska. Aviakor constructs, repairs, maintenances, and supplies spare parts for passenger aircraft the Antonov An-140 and Tupolev Tu-154.

Deripaska built the aluminum, energy and industrial empire from assets privatized after the collapse of the USSR. Thanks to this transformation process, he became Russia's richest man.

Deripaska has already lost billion dollars since the renovation of the Polish Tu-154M - 101!